Jim Murray says book will evolve; says he aims to enlighten and entertain – not offend 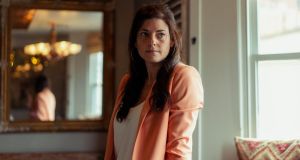 For much of the last two decades Jim Murray has been the world’s most influential whiskey critic, thanks largely to his Whisky Bible – an annual compendium of thousands of reviews – which has sold more than a million copies.

The English critic championed Irish whiskey in the 1990s, before its recent resurgence, and credits himself with reviving the dormant Irish pot still whiskey category.

However, for some whiskey connoisseurs Murray (62) is a controversial figure. Some distilleries and retailers do not to carry his books or use his reviews for promotion because they believe he shows a sexist and demeaning attitude toward women in his reviews and at public events.

In recent weeks, some of those concerns have burst into the public domain, shortly after he published the 2021 edition of the Whisky Bible.

In a lengthy social media post, English-based whiskey writer Becky Paskin said dozens of the reviews in the book contained sexist language. This was followed by Felipe Schrieberg, a writer for Forbes, publishing an article making similar claims.

“Why does the whisky industry still hold Jim Murray’s Whisky Bible in such high regard when his tasting notes are so sexist and vulgar?” Ms Paskin tweeted.

She said she counted 34 different references to whiskey being “sexy” and others comparing drinking whiskey to having sex with women. One reference from the 2021 edition concerned a single-malt Scotch made by Glenmorangie. “If whisky could be sexed, this would be a woman,” Mr Murray wrote.

“Every time I encounter Morangie Artisan, it pops up with a new look, a different perfume. And mood. It appears not to be able to make up its mind. But does it know how to pout, seduce and win your heart …? Oh yes.”

Penderyn, the Welsh whiskey, is described as follows: “If this was a woman, I’d want to make love to it every night. And in the morning. And afternoon, if I could find the time ... and energy ...”

The reaction to Ms Paskin’s comments has been swift. A number of whiskey brands issued statements denouncing Mr Murray. The Whisky Exchange, one of Britain’s most prominent retailers of spirits, said it would no longer carry his book.

There has been strong industry reaction in Ireland too, where the whiskey industry has doubled in size in the last decade and is now worth €700 million a year.

Irish Distillers, by far the largest player, producing such brands as Jameson, Power, Midleton, Redbreast and the Green, Yellow and Red Spot Whiskies, said in a statement: “There is no room for sexism in the whiskey industry. In common with other producers, we will be reviewing who we work with to ensure we only engage with those who share our values.”

Drinks giant Diageo, which recently set up the Roe and Co distillery in Dublin’s Liberties, said “sexism and sexist language have no place in society”.

Dingle Distillery said it will have nothing to do with Mr Murray “and we encourage other brands to do the same” while Irish Whiskey Magazine will no longer distribute the book in Ireland.

The Irish Celtic Whiskey Shop on Dawson Street in Dublin said it plans to remove references to Murray’s endorsements from its online business.

Concerns around sexism in the whiskey industry extend far wider than phrases in Mr Murray’s books.

Ms Paskin says she has been inundated with emails from women recounting their own experiences with sexism and harassment in the whiskey industry.

“I was angry that a book so highly regarded by the industry could be so sexist in its language,” Ms Paskin said.

“But honestly, I wrote my post as a question, not a campaign. I did not expect the reaction it has gotten. It’s been surreal.”

“Stories of sexist remarks, sexual comments and instances of inappropriate behaviour from consumers are often spoken about among people in the industry, but always behind closed doors,” Ms Paskin said. “Now some women are feeling empowered to talk about their experiences publicly.”

Part of the issue is that whiskey has traditionally been regarded as a man’s drink, made by men for men.

Women in the business, from bartenders, to brand ambassadors and distillers, tell of being constantly demeaned.

Louise McGuane set up JJ Corry Irish Whiskey on the family farm in Cooraclare, Co Clare in 2015. Five of her six employees are female and she was the first female founder of a whiskey business in Ireland.

“A lot of women are coming into the profession on the blending, marketing and sales sides, yet the industry is still behaving like it did 15 years ago when there were very few women involved in it,” she said.

In a blog post she outlined some of the problems she and her staff have endured.

“Why do women who work at JJ Corry with me have to endure leering comments at in-store tastings, and call over security when they are working at whiskey shows?

“Women who have an interest and passion for whiskey have the right to be treated with respect within the whiskey community. There is nothing woke about that. It’s just a basic human ask.”

Jennifer Nickerson, co-founder of the Tipperary Boutique Distillery, said she is frequently faces “mansplaining” at tastings even though she has been involved in the business for many years.

“If I am at a whiskey show, you’ll get men explaining what whiskey is and what is right or wrong even when they have no experience or no knowledge of the industry,” she said.

She said the notion of “gendered drinks is ridiculous” in the modern world. “If women are constantly made to feel it is not their drink, they won’t drink it.”

“I think it is a bit of a watershed movement as there has been a universality to the response about Jim Murray’s comments,” she said.

“Jim Murray is not an outlier. I know a well-known female whiskey writer who will not participate in events in the bar afterwards because she cannot be bothered with the machismo.”

Whiskey historian Carol Quinn, who is the archivist for Irish Distilleries, said women have traditionally been excluded from whiskey in the same way that they were excluded from many industries.

“I think it will come as a shock as to how much sexism there is in everyday life. This is bigger than whiskey,” she told the Irish Whiskey Magazine podcast.

Ms Paskin (37), who helped found an organisation called Our Whisky to make the industry more inclusive, said she was not planning to criticise Mr Murray when she got a call from Mr Schrieberg last month.

Mr Schrieberg had seen one of the reviews from the latest edition of the Whisky Bible, in which Mr Murray used sexual language to describe an Indian whiskey – “The end of the experience is like after you have just made love and you are unable to speak” – which struck him as odd.

He searched an electronic version of the book. “I hit control-F for ‘woman,’ and all of a sudden I could see, he does this a lot,” Mr Schrieberg said. Together with Ms Paskin, he documented scores of similar references, many comparing whiskey to women, often in sexual terms.

In response to queries from The Irish Times, Mr Murray said his book will have to “evolve slightly” as a result of the furore and he apologised to anybody who has been “genuinely offended by what I have written”.

However, he also defended the passages that have been criticised, saying references to “sex” or “sexy” are a “fraction of a fraction” of the 4,700 whiskies he has reviewed.

“Reading some of the comments you’d think that the book was crammed cover to cover with smut. This is absolutely ridiculous,” he said.

“I am in the business of enlightening and entertaining – not offending. Two key principles which has got me through life: always buy the first round; and always apologise if you are wrong.”

He stressed he would “never apologise to the woke brigade who are professionally offended and who have seen me as another bandwagon to jump on in order to scream, hysterically, point and destroy.” – Additional reporting New York Times