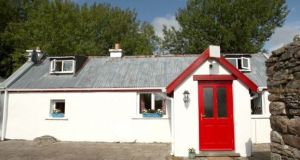 The winner will be getting a holiday escape upgraded in recent years to include storage heating and a solid fuel stove. They will also receive rights to cut their own turf in the nearby bog. 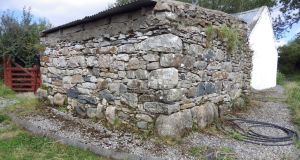 A raffle last night for a postcard-pretty holiday cottage in Co Mayo to raise funds for healthcare workers has been won by a woman living in Dublin.

The couple who own the home near Foxford which raised close to €1 million in the raffle described the level of interest as “unreal”.

A Canada-based Irish couple, who are both Covid-19 survivors, decided in June to raffle their house because they wanted to give something back after surviving the virus.

The decision to raise money for healthcare support workers sprang from a combination of their own recent experience of the virus, seeing friends and family around them affected by cancer, and a lifelong belief that support staff in hospitals do not get the recognition they deserve.

The retired businessman and former doctor, with homes around the world, wanted to raise funds for healthcare workers.

The retired businessman says he came close to death after contracting coronavirus en route from Mexico to Canada in early March.

They have asked to remain anonymous.

The tickets cost €10 and the money rolled in for weeks and quickly surpassed the couple’s initial target of €250,000.

Contributions came from all quarters but mainly from people with links to Ireland.

The majority of ticket buyers purchased in small amounts, while a few stretched to 25 tickets for €250.

The 150-year-old cottage, on the Mayo side of the Ox Mountains, had been placed on the market through local agent CK Auctioneers earlier this year and attracted offers of up to €90,000.

In a statement on its website on Saturday morning CK Auctioneers said the “winner of the cottage is a Dublin lady. Under GDPR we are awaiting permission from winner to publish their name.”

The fund is being administered by a Dublin-based accountant who plans to liaise with Siptu to dispense the money across the health sector fairly.

Plans to give money directly to healthcare workers were scrapped because of tax implications and other complexities for the recipients. The money will now be used as an education fund.

The winner has secured idyllic holiday escape upgraded in recent years to include storage heating and a solid fuel stove. They will also receive rights to cut their own turf in the nearby bog.