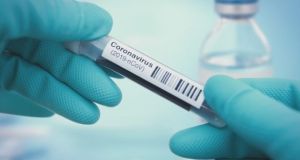 The total number of coronavirus-related deaths, according to NISRA, is 816. Photograph: iStock

The weekly number of deaths involving coronavirus has fallen in Northern Ireland.

Figures published on Friday by the Northern Ireland Statistics and Research Agency (NISRA) recorded 12 such deaths in the week ending 19th June, eight fewer than the previous week.

The total number of coronavirus-related deaths, according to NISRA, is 816. This is about 33 per cent higher than the figure reported in the daily statistics released by the North’s Department of Health (DoH), which was 545 during the same period.

The agency also reported that 975 “excess deaths” - defined as deaths above the average for the corresponding period in previous years - had been registered in Northern Ireland in the last 12 weeks.

According to NISRA, 414 of the fatalities involving coronavirus to June 19th were among care home residents, representing 50.7 per cent of the total number of deaths involving Covid-19 to June 19th.

A total of 82.1 per cent - or 340 deaths - occurred in a care home, with the remaining 74 taking place in hospital. However, NISRA noted that “no assumptions can be made in relation to where or when the deceased contracted the disease.”

Overall, 420 - or 51.5 per cent - of deaths involving coronavirus took place in hospital.

Over the last 12 weeks in total, 975 “excess deaths” (deaths above the average for the corresponding period in previous years) have been registered in Northern Ireland, with the number of “excess deaths” in the year to date to 19th June totalling 716.

Northern Ireland releases two sets of data on coronavirus fatalities. The DoH figures are based on patients who have previously tested positive for Covid-19.

The NISRA figures, which are released weekly, are based on information entered on death certificates completed by medical professionals, whether or not there was a positive test for the virus.

No new deaths from Covid-19 were reported in Northern Ireland on Friday, according to the DoH. The total number of coronavirus-related fatalities recorded by the department since the beginning of the outbreak remains at 547.

As of June 21st, the seven-day rolling average of new cases is two, and there have been four deaths reported in the seven days from June 18th.