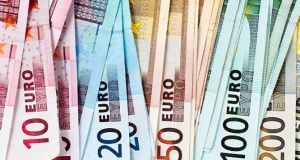 The Cost of Insurance Working Group found the cost of insurance rose 57 per cent between January 2011 and July 2016. File photograph: Getty Images

There is “substantial merit” in capping damages arising out of personal injury claims, a review of the cost of insurance for businesses has concluded.

The Cost of Insurance Working Group said it will make a submission to the Law Reform Commission on the feasibility of capping the level of damages a court may award in personal injury actions.

The volatility and inconsistency in awards for such claims was continuously highlighted in the report as a factor in the cost of employer and public liability insurance.

It published a report into the cost of motor insurance last year.

It found the cost of insurance has risen across the board by 57 per cent between January 2011 and July 2016.

Though specific figures are not available for business insurance, the group has concluded it has risen by a similar amount in that area.

The recommendation was welcomed by Minister of State Michael D’Arcy, who has responsibility for insurance.

He said it was vital that, regardless of how insurance claims are settled, whether through the insurance company, the Personal Injuries Accident Board (PIAB) or through the courts, the outcome was “broadly the same”.

The group was particularly critical of the insurance industry’s reluctance to investigate fraudulent claims properly.

It said one (unnamed) insurance company had made investigations a priority, but others had not.

The group said the failure to tackle fraud was one of the reasons why the insurance industry had a poor public image.

“While it is acknowledged that there are significant costs associated with adopting a more robust approach to questionable claims, if the situation is as bad as companies argue, then it seems logical that this additional investment will be rewarded over time,” the group stated.

The group was also critical of the manner in which insurance companies often do not inform businesses in a timely manner that there is a claim against them.

This is despite a set of guidelines between the employers’ group, Ibec, and the insurance industry, which committed insurance providers to “undertake detailed and meaningful communication with stakeholders”.

Though these guidelines were introduced in 2003, they are “seemingly not widely applied in practice, but in the view of the Working Group can provide an extremely useful model for a new protocol between businesses and insurers”.

He stated: “It is time to tackle the fundamental insurance costs that make up the price paid by a business, and that is awards and the cost of settling them. Insurers want reform and support the report’s objective of bringing consistency to personal injury award levels, but the pace of reform outlined needs to be accelerated.

“There is a significant opportunity to bring about structural reform in 2018 and all stakeholders should provide their data to ensure we implement the policies needed to reduce the cost of claims.”

The report’s recommendations have been welcomed by business groups. Ibec said insurance accounted for 2 per cent of the cost of doing business in the Republic.

Ibec said: “We consistently advocated over the past two years for the measures now recommended on claims transparency, benchmarking the level of personal injury damages, and streamlining the litigation process.”

Chambers Ireland said the cost of insurance was an “urgent matter” for Irish businesses.

“The cost of insurance has a substantial impact on competitiveness in both domestic and international markets,” it said.

“Brexit means that businesses are facing significant uncertainty and new challenges. Government needs to seriously address the high cost of doing business in order to support our companies and entrepreneurs through this difficult period, and the cost of insurance has to be a priority.”

Brokers Ireland said the report highlighted the need to reduce volatility and uncertainty in the insurance market.

Its director of general insurance service said the report highlighted that the problem is “multifaceted”.

Cars to give way for Sandymount cycle path 02:02
Meat plant clusters may be down to softly-softly approach 02:00
Midlands lockdown could extend to other areas, warns Covid-19 team 02:00
HSE eyeing private hospitals in the event of new Covid wave 01:14
‘Deep and urgent threat’: Martin defends midlands lockdown 01:00