Rogue crisis pregnancy agencies will ‘get around’ proposed Bill 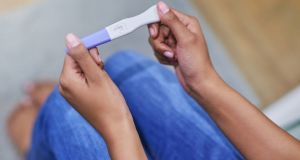 The Labour party has put forward a Bill to address concerns raised after some agencies were found to be providing women in crisis pregnancies with inaccurate information.

Women were being told, for example, that abortion increases a woman’s risk of breast cancer or that women who have had abortions will later abuse or neglect any children they might have, Labour leader Brendan Howlin told the Oireachtas health committee.

Mr Howlin said “rogue” counsellors and agencies were lying to women with crisis pregnancies. Undercover journalism had disclosed the extent to which their “so-called” counselling involves “lies, deceit and sometimes grotesque mistruths”.

“It is no longer tenable to stand over a situation in which dieticians and opticians must be regulated before they can offer any service to the public but those counselling women in vulnerable situations face no requirement to register or be regulated at all.”

Department of Health officials told the committee that Minister Simon Harris shared Mr Howlin’s concerns on the issue but his Bill posed a number of policy, legal and implementation difficulties.

“What appears to be a short and straightforward Bill poses significant policy, legal and practical difficulties for the operation and ongoing implementation of the 2005 Act and for the regulation of health and social care professions in general,” said assistant secretary Teresa Cody.

Not a distinct profession

Crisis pregnancy counselling was undertaken by a variety of other professions, she pointed out, including doctors, nurses, social workers and psychologists. In addition, rogue counsellors could get around any restriction by using an alternative title such as advisor.

Ms Cody said it may be possible to amend separate legislation on the provision of abortion information to ensure that only registered professionals provide services under this Act.

Mr Howlin said the 1995 legislation on abortion information applied only to information likely to be required by women seeking termination of pregnancy. It does not apply to more general information, such as information about the nature of abortion.

“So, if a rogue agency, which seeks to restrict access to abortion, provides women with information that is objectively factually untruthful, it can do so without breaking the 1995 Act,” he said.