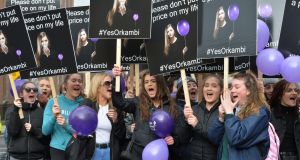 The US manufacturers of Orkambi have expressed frustration at delays in reaching agreement with the HSE on approving the cystic fibrosis drug for Irish patients.

Vertex Pharmaceuticals said it was “increasingly perplexed” at not hearing from the HSE since early February, having submitted a new price proposal 11 weeks ago. This is in spite of indications by Taoiseach Enda Kenny and Minister for Health Simon Harris that a deal is expected to be finalised within weeks.

Cystic Fibrosis Ireland said it was concerned about the lack of contact between the HSE and Vertex despite the Government assurances on the imminence of an agreement.

The group has called on Ministers to “do what they have promised to do” by agreeing to provide Orkambi and another Vertex-manufacturerd drug, Kalydeco.

“We are under significant pressure to provide an update to their inquiries and, while we understood that due process would take some time, the CF Community, like us, are growing increasingly frustrated that we are unable to provide them with any meaningful information.”

Hundreds of CF patients demonstrated outside the Dáil earlier this month in support of free access to the two drugs, despite a last-minute appeal by Mr Harris to call off their protest.

Mr Harris argued that the process of reaching an agreement with Vertex was entering “a critical phase” and “space” was needed to allow a deal be concluded.

The proposal made by Vertex provides for approval of a number of CF treatments. In addition to Orkambi, the company has proposed the approval of an existing drug, Kalydeco, for two-five year-olds as well as a third treatment that is in the pipeline for CF patients. The deal would last for 10 years and would apply to about 600 Irish patients with the disease.

Vertex initially sought €159,000 per patient for Orkambi and the HSE estimated the cost to the exchequer of approval would be almost €400 million over five years. Before the talks began, the HSE said it was willing to pay up to €75 million.

It is believed the price now sought by the company has dropped to about €100,000 per patient.