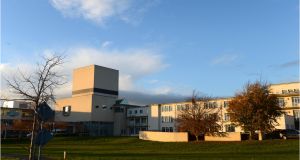 An investigation is under way into the suicide of a patient in the emergency department of Connolly Hospital Blanchardstown at the weekend.

The female patient was found dead early on Sunday morning in a side-room at the department where she had been placed pending discharge.

Sources say the emergency department was very busy at the time and all psychiatric beds were occupied.

Due to the unavailability of beds in the main department, the patient was placed in a treatment room located behind a door, close to the main desk in the department.

The woman was not considered a suicide risk and was waiting for a lift home.

Staff discovered the woman’s body during a scheduled check on the room. Attempts to resuscitate her were unsuccessful.

The Garda Press Office confirmed officers were called to the hospital and are investigating the death of an adult female patient in the emergency department between 5am and 6am on Sunday, March 26th.

The patient had been discharged from the psychiatric unit in Blanchardstown earlier last week but re-attended at the hospital on Saturday. She was assessed and cleared for discharge.

The incident has raised concerns in the hospital about staffing levels in the emergency department, particularly during busy periods when bed occupancy rates are high.