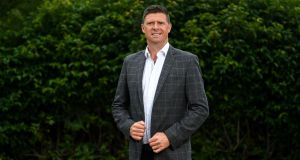 FAI interim deputy chief executive Niall Quinn has described as a blow the necessity to cancel a League of Ireland fixture over a suspected coronavirus case.

Owing to a Waterford player displaying symptoms of Covid-19, tonight’s Premier Division game at Sligo Rovers will not go ahead.

The player, who was in Waterford’s squad for Saturday’s 1-0 win at Shelbourne but didn’t come on as as substitute, underwent a test for the virus yesterday, with results expected last night.

Tonight’s other match of the restarted campaign, Shelbourne’s trip to Finn Harps, was in jeopardy until the FAI last night gave it the green light.

It has been generally accepted too that should the test proved positive, Waterford’s next game against Cork City on Saturday, will be postponed.

On the international stage, Quinn admitted the resurgence of coronavirus cases in Bulgaria has cast doubts over Ireland’s opening Uefa Nations League opened in Sofia.

The fixture, scheduled for September 3rd, could be switched to a neutral venue on the green list of countries.

“When you see what’s happening in Bulgaria, we have to be vigilant,” cautioned Quinn.

“I’d love to be more confident of games taking place, but we’re just in that bind at the moment.

“Nobody wants to see Stephen Kenny and his team playing more than us but we’ve got to be careful.”