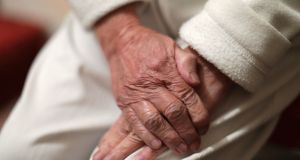 Staff at a Donegal nursing home did not have appropriate support or supervision during a severe Covid-19 outbreak which infected 33 of its 41 residents, a regulatory report has found.

The State’s health service watchdog, the Health and Information Quality Authority (Hiqa), found during an unannounced inspection of Brindley Manor Nursing Home on October 13th that there were a number of breaches in infection prevention and control not identified and addressed.

“The oversight of key areas such as staff training, risk management, infection control processes, and housekeeping and maintenance was not sufficiently robust,” Hiqa said.

There were two deaths linked to Covid-19 at the nursing home. In addition, 17 staff out of 42 working at the care facility contracted the virus.

Inspectors found that the person in charge of the facility was the only senior person rostered to work over and above the normal complement of management to support and supervise staff during a “significant outbreak” of the disease during the second wave last autumn.

The report was one of 55 inspection reports on residential centres for older people published by Hiqa. Inspectors found evidence of non-compliance with regulations in 30 care homes, including in management, infection control, staffing, residents’ rights and staff training.

Inspectors found that residents at the 112-bed unit Cahercalla Community Hospital in Ennis, Co Clare were spending extended periods of time unsupervised by staff and that there was “high unwitnessed fall rates.” The care home was found not to be compliant with nine regulations.

During a July 2020 visit to Ennis Road Care Facility on the outskirts of Limerick, inspectors found that the home, which had been dealing with a Covid-19 outbreak since the previous April, had staff shortages and a continued reliance on agency and HSE staff.

Among the key concerns identified during the inspection was the nursing home’s ability to detect, manage and control any further Covid-19 outbreaks.

The facility “needed to take immediate action to strengthen the governance and management” to support the person in charge in required changes and to resource the home “to be able to independently care for the current population of 44 residents,” the report said.

The 55 reports cover a period during the coronavirus pandemic when nursing homes were hit by severe Covid-19 outbreaks with several recording large numbers of infections and deaths.

An inspection report of Kiltipper Woods Care Centre in Tallaght found that an outbreak had claimed the lives of 20 residents during the first wave between April and June.

A large number of staff were unavailable to work due to isolation but the private nursing home was found to have “worked hard to be prepared ahead of an outbreak and to manage the outbreak when it occurred.” Inspectors found it to be fully in compliance with regulations.

Another Dublin nursing home, The Marlay in Rathfarnham, part of the Care Choice group, experienced an outbreak in April and May 2020 that resulted in the deaths of 12 residents, including 10 people with confirmed Covid-19 and two suspected cases.

Some 32 residents, or 39 per cent of the people living there, and 32 staff tested positive. The nursing home was found to be compliant or substantially compliant with eight regulations.

The 63-bed facility had more than 15 residents and 15 staff who tested positive for the virus and had four resident deaths due to Covid-19 at the time of the visit.

The earlier outbreak, in April and May, had infections among two staff but no residents.

Another care facility, Rush Nursing home in north Co Dublin experienced two successive outbreaks between September and November but all infected residents and staff had recovered at the time of the inspection.