A cancer ordeal: ‘I have lost a lot because of bloody sunbeds’

Shirley McEntee was diagnosed with skin cancer at 31. She puts it down to sunbed use 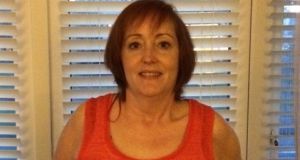 Shirley McEntee: “I thought with skin cancer they just cut it out and that’s that”

Shirley McEntee says that when she sees a sunbed she feels like smashing it. She was 31 when she was diagnosed with a malignant melanoma, which presented as a dark dot on her shoulder. At the time she wasn’t overly worried. “I thought with skin cancer they just cut it out and that’s that.”

That was in 2004. The Galway woman learned the hard way. Skin cancer is the most common form of cancer in Ireland but melanoma – as distinct from non-melanoma skin cancer – is particularly lethal as it can spread to other parts of the body, and when it does it is hard to combat.

McEntee, a former paramedic, was unlucky because the melanoma raced through her body striking her lungs, adrenal gland, ovaries and neck. Finally, following the euphoria of finding herself cancer-free after being treated with a new drug, catastrophe struck again in 2013 when she was diagnosed with a brain tumour.

“It’s taken so much away from me”, says the 44-year-old, who believes regular use of sunbeds as a young woman caused the melanoma.

“I would not wish it on my worst enemy,” she says, recounting the years of despair as she endured gruelling surgery and treatment only to find every time she appeared to turn a corner, the melanoma returned.

“I loved my job but I had to give up work. I have a wobble. I am very unbalanced. I don’t have a great memory. I was paralysed for four or five months. I still have a stick. I don’t do pubs any more because they are too loud”.

Losing her hair and putting on weight because of steroids were among the most distressing aspects of the ordeal. “I put on three stone in weight. I had a huge scar on my head and no hair. The steroids nearly drove me crazy; they just wrecked my head.”

She was 18 or 19 when she started using sunbeds twice a week over the summer months, sometimes to get “a base” before going on a sun holiday, and also because she thought a tan was more attractive than pale skin. She remembers her chest being burned after the sunbed.

“My skin was pure white, like a bottle of milk,” she says. When she sees teenage girls heading for a “top-up” in the tanning salon, she says she feels like “throwing a rock through the sunbed”.

“I see the young ones, maybe getting ready for a debs or a disco, and I wish they knew what happened to me. I’d plead with them to just get the fake tan.

“After the brain tumour I used to sometimes hope I would not wake up in the morning as I was sick of the whole thing.”

She says she now has “good days and bad days. But I have lost a lot because of bloody sunbeds.”