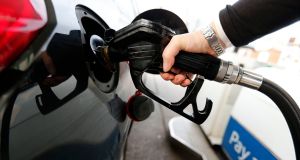 Controversial changes in vehicle registration tax (VRT) had to be introduced under EU law, and “reflect better rules” in accurately determining carbon emissions arising from vehicles, according to Minister for Climate Action Eamon Ryan.

The Irish Car Carbon Reduction Alliance (ICCRA), which represents the majority of new car dealers, said the VRT changes were “anti-motorist, anti-rural and anti-climate”, and would lead to higher carbon emissions, not less.

However, Mr Ryan said the Government took the advice of the Department of Finance’s tax strategy group in reforming the motor tax regime.

He said “price signals” under the motor tax heading were just one element of the approach in decarbonising transport.

He did not agree that that the high cost of electric vehicles (EVs) and hybrids would persist and that combined with supply difficulties it meant the tax changes were coming at the wrong time. “I believe EV sales will soon sky rocket,” said Mr Ryan.

Commenting on whether climate measures in Budget 2021 would achieve a 7 per cent annual reduction in emissions as envisaged in the programme for government, the Minister said “a lot of the work in that regard will come under the Climate Action Bill”.

Major “chunks” would be delivered by ending coal use in Moneypoint power state and ending extraction of peat, but the next steps after that would not be as easy, notably achieving energy efficiency by retrofitting buildings and electrification of transport.

He said systemic change was necessary, and this would take time, which meant the major changes in emissions reduction would kick closer to the end of the decade.

Mr Ryan said the Government was taking climate change “really seriously”. This would be reflected in a different vision for transport and agriculture in a revised national development plan next year.

Car tax changes had to be combined with other changes – “not all stick, it’s carrot too” – including an enhanced capital budget for public transport and housing tied into land use planning, where there is a modal shift and less reliance on driving, especially in urban areas.

ICCRA spokesman Denis Murphy said no other sector has been hit with such sweeping tax rises, which he described as an unjust attack on the sector and the thousands of livelihoods it supports.

“Today’s hikes are a disproportionate response given that cars account for just 12 per cent of the emissions in Ireland.”

“Penalising motorists for driving conventional cars is not going to lead to an increase in EVs. Rather than incentivising the wide scale adaption of newer, more carbon-efficient cars, people are going to hold on to their current car for longer, resulting in hundreds of thousands of older less carbon-efficient models remaining on Irish roads for years to come.”

Meanwhile, funding has been allocated for work on the N4 Collooney to Castlebaldwin, Sligo; the N22 Ballyvourney to Macroom upgrade; and the N5 Westport to Turlough road.

The contracts were signed on Tuesday to begin work on the N40/N25 Dunkettle interchange upgrade, scheduled to be completed by the end of 2024.

Work on the M50 is also funded, along with improvement on the N56 Dungloe to Glenties in Co Donegal.