English language schools to be obliged to provide student ‘insurance’ 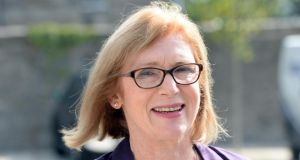 Minister for Education Jan O’Sullivan, along with the Minister for Justice Frances Fitzgerald, have proposed new regulation for English language schools

English language schools will be compelled to put in place a learner protection scheme to compensate students for future closures under planned new regulations for the sector, The Irish Times has learned.

Proposed new regulations, to be discussed at a Cabinet meeting today, will also demand greater transparency from private college owners, including a declaration of “shadow directors”.

The set of proposals prepared by Minister for Justice Frances Fitzgerald and Minister for Education Jan O’Sullivan follow a successful High Court challenge last January to initial plans for regulation.

The two Ministers announced a package of reforms last September, including the creation of a new interim register of accredited courses from January 1st last and an enhanced inspection regime.

However, complaints by two English language schools in Dublin, Academic Bridge Ltd and the National Employee Development Centre Ltd, that the new regime was established without the proper legal framework were upheld by the High Court.

More than a dozen English language schools have closed in the past year following a clampdown on what the Department of Justice has described as “visa factories”.

Under the plan announced last September, the Ministers intended to reduce the length of time students from outside the European Economic Area (EEA) could work in the State under a student visa.

Both Ministers are understood to be concerned about the additional reputational damage caused by more recent controversies surrounding the failure to provide refunds to students affected by closures.

This has resulted in additional measures in the reform plan, including the condition for a learner protection scheme, or insurance policy, to be put in place at all colleges.

It is understood the reforms will compel all institutions to comply with new transparency requirements including a clear declaration of ownership, shadow directors, and teaching capacity.

English language schools will also be required to demonstrate that they have reached an acceptable quality standard as set by the Qualifications and Quality Assurance Authority of Ireland (QQI).

A representative group for a number of language schools has expressed support for a learner protection system.

The Private College Network said, in a statement last month, “all colleges seeking visas should secure an approved insurance policy protecting the student from loss as a result of college closures”.

The business group also proposed no further colleges would be removed from the internationalisation register, which allows them to issue visas to students, until a long- promised International Education Mark is introduced.

It is expected the new regulatory regime will be implemented from the autumn.

In the meantime international students who want to study at private language schools are being urged to seek a written guarantee that their fees will be protected.

In a statement earlier this month the Department of Justice acknowledged the escalating concern over the lack of regulation in the sector, saying many students and teachers have “unfortunately become innocent victims of . . . disreputable enterprises”.