Woman claims she was raped in Dublin hotel by sportsman 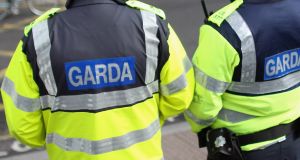 Gardaí at Pearse Street station are investigating the alleged rape of a woman at a Dublin hotel.

Gardaí are investigating claims that a woman was raped in Dublin at the weekend. A sportsman is at the centre of the allegations.

The alleged assault is said to have taken place in a Dublin hotel.

It is understood an associate of the woman contacted gardai on her behalf yesterday morning.

While she has had dealings with the Garda as part of the investigation now underway, she is yet to make a formal statement of complaint.

However, an inquiry has begun and gardaí have started gathering items that may have evidential value in the case.

The investigation is being carried out by gardaí at Pearse Street station, which covers the south inner city where the alleged attack is said to have occurred.

People close to the woman contacted gardaí on her behalf yesterday morning and an investigation immediately began.

It is alleged the sportsman raped the woman some time between late on Sunday night and the early hours of Monday at a city hotel.

It was not until after the woman, who is from Dublin, left the hotel that people close to her became aware of the alleged incident and contacted gardaí.

Gardaí at Pearse Street Garda station said their investigations are continuing. No arrests have been made.

1 What evidence is there that the IRA still controls Sinn Féin?
2 Why Sinn Féin will not call the State by its name
3 Brazilian father to be deported days after daughter’s birthday
4 Spread of coronavirus triggers European travel curbs
5 Maureen Dowd: For the White House parasite, all restraint has gone
Real news has value SUBSCRIBE