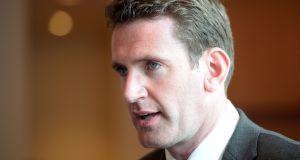 Ireland should follow the example of Portugal and offer counselling and other assistance to people caught by gardaí with small quantities of drugs rather than prosecute them, a new report for Government by an Oireachtas committee is proposing.

People found with drugs including cannabis, heroin and cocaine would face a civil or administrative response rather than a criminal justice one.

The proposals come just days after Minister in charge of the National Drugs Strategy Aodhán Ó Ríordáin said a more liberal and progressive attitude towards illegal drugs was needed in the Republic.

He told The Irish Times medically supervised injection rooms “will happen next year” and said the “stigma” and “shame” around being addicted to drugs needed to come to an end.

In Portugal, people caught with up to 10 days supply of drugs are sent before a dissuasion commission to discuss the reasons they are consuming the substances.

The possession of drugs would still remain illegal in the Republic under the new plan, but the response of the criminal justice system would be scaled down to one similar to that of a road traffic offence.

And rather than engaging in a process ending in a criminal record and court sanctions such as fines or imprisonment, those caught with drugs would be offered treatment and counselling and supported towards a more stable and productive lifestyle.

The new proposal is contained in a report on future policies around drug abuse and harm reduction compiled by the Oireachtas Joint Committee on Justice, Defence and Equality chaired by David Stanton.

The report, due to be published on Thursday morning, follows a public consultation process in which more than 80 stakeholders and citizens made submissions.

The committee also held public hearings and a delegation of four members, led by Mr Stanton, went to Portugal to study the radical approach being taken there.

In July the Oireachtas committee published a report on its visit to Portugal and concluded initial fears the new approach would lead to an increase in drug use and attract drug users from other jurisdictions have proved to be unfounded.

Its interim report did not make any recommendations for Ireland based on the Portuguese experience, but said the approach there had freed up the police and courts from time consuming and expensive cases involving those caught with drugs for personal use.

Users had also escaped the stigma of a criminal record, which often proves a major disadvantage later in life.

The number of crimes related to drug use in Portugal had decreased and the police had more time to focus on catching drug dealers and frustrating drug trafficking.

Under the proposals to be unveiled on Thursday, people caught with small quantities of drugs would be referred to dissuasion committees made up for addiction and mental health professionals as well as social workers.

The reasons for their drug use would be assessed and treatment options made available.

In Portugal, the authorities put positive discrimination in place for those who engage with the process, with tax breaks for employers who hire those undergoing treatment and counselling and the government contributing to paying the person’s salary to the value of the minimum wage.

And the management of the process under which those found with drugs is the responsibility of health and welfare state agencies in Portugal, having been taken out of the criminal justice system.