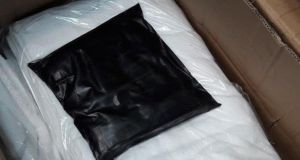 A man has been arrested following the seizure of heroin worth €700,000 in Dublin.

As part of an operation on Monday, gardaí searched an apartment at Tyrone Place, Inchicore, where they found approximately 5kg of heroin. The drugs, which have a street value of €700,000, were seized and a man in his 30s was arrested at the scene.

Garda crime scene investigators examined the scene and a follow-up operation was carried out.

Following his arrest, the man was detained at Kilmainham Garda station. He was later released and a file is being prepared for the DPP.