Calls come after man arrested and questioned by gardaí over importation 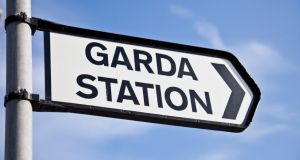 Children’s rights campaigner, Jillian Van Turnhout said there should be no ambiguity in Irish law regarding the purchase of such items as anyone doing so clearly poses a risk to children and needs to be investigated.

“If there isn’t sufficient clarity around the issue at the moment, then we need to ensure there is clarity and I would call on legislators to introduce clear laws because we know the intention of people who buy such items,” she said.

“For me, the idea that someone should buy such an item is quite shocking . It’s a red flag for me and we need to send a clear message that it is not acceptable to have sex with a child or something that is made to look like a child.”

Ms Van Turnhout was commenting following a case in West Cork this week where gardaí arrested a man for questioning about the purchase online and attempted importation of a child sex doll.

The man had ordered the child sex doll online but customs officers monitoring packages at the Portlaoise Mail Sorting Centre became suspicious and intercepted the delivery and alerted gardaí.

According to gardaí, they believe the purchase and importation of the child sex doll constituted the importation of child pornography material under the Child Trafficking and Pornography Act and they arrested the suspect.

The man was detained was questioned for several hours before being released without charge and gardaí will now send a file on the case to the DPP.

Ms Van Turnhout’s comments were echoed by Mary Crilly of the Cork Sexual Violence Centre who said that any material or item that seeks to try and normalise the abuse of children should be outlawed.

“Children need be portrayed as children and not as sex objects and I don’t buy this rubbish it might protect real children being abused if a guy is using this - if he’s using this as a prop, then I think he will go on to abuse children as well.

According to the Garda Press Office, gardaí are currently carrying out five investigations into the possession of child sex dolls with the first case coming to light in 2018 and files are being prepared for the DPP in all cases.