Pricewatch readers’ queries: €3,800 refund on its way after months of stonewalling 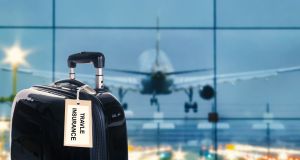 The reader said she had been getting the run around for months over an apartment booking in Spain. Photograph: iStock

We got an email last week from a reader which, we think, illustrates the issues many people have in dealing with service providers and the importance of keeping on at them.

The reader, who asked that we not mention her name, started out by saying she had been getting the run around for months from VHI MultiTrip Travel Insurance and Intana, Collinson Insurance Solutions Europe – the company who “seem to be their insurer”.

Last January, this reader booked a large apartment for her extended family through Fab Property Spain, the main letting agents for Marriott’s Marbella Beach Resort with a full payment of €3,800 required.

She says the terms “did state the amount was non-refundable. While I was uneasy with that, our son had stayed four or five times in the same resort, using the same agent in previous years and was very happy with the experience.”

The booking was for two weeks commencing on May 31st. “We have been writing and telephoning VHI ad nauseam since mid-May and are no nearer attaining satisfaction today,” she says. “Our initial claims documents were sent in to our insurer by email twice and on both occasions they claimed not to receive them. On June 18th we posted documents by registered mail and thought, now we might get somewhere! Not so.”

She said that the most recent correspondence included an email on August 5th stating that the claim would be fully assessed by their claims assessment team within 10 working days.

An identical letter from Intana was sent to us on September 3rd.

“I telephoned the helpline number given in the letters, on September 4th to be told a manager would return my call. No call back.”

She asked for our help but within 24 hours she was back on to us with good news. “I am delighted to report I received a call from a supervisor this evening to inform me my reimbursement was on the way and to apologise for the delay and lack of response.

“It’s amazing how quickly I heard from them when I told them I was giving my case to you!”

While we would like to take credit for resolving this issue, we can’t and believe all the credit rests with our reader who kept pushing until the refund was processed.

A present of books from the past

We got a nice email from a reader called Jackie last Thursday morning. “Thanks so much for your feature on Monday last,” it started. It was a reference to the list of Irish websites where you might do some shopping. “At about 10pm that evening I went into the website of thebookshop.ie and found, to my delight, no fewer than four books that I read years ago and regretted not holding onto (I loaned one to a friend – never saw it again!). I ordered them, adding another six interesting titles. They were delivered yesterday [Wednesday] afternoon at about 2.30! Happiness!”