Southern comfort in Cork for €1.375 million

A fine architect-designed house in Eyrecourt outside Cork city has been carefully designed with space and light in mind, with a stunning garden at its heart 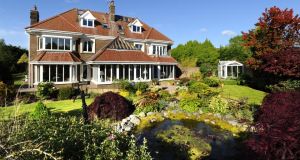 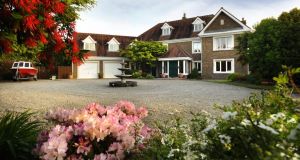 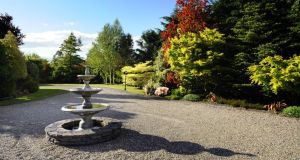 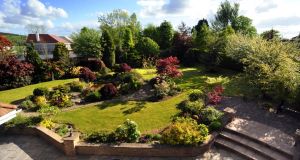 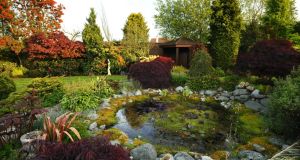 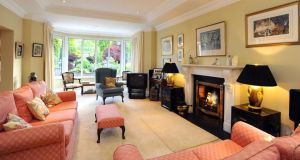 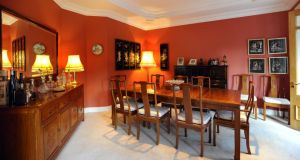 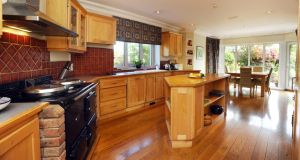 The phrase “walk-in condition” doesn’t cover number 3 Eyrecourt. “Waltz-in” would be more appropriate, given the wrap-around warmth and efficiency of this house, which was designed in 1999 by Declan Tyner and lived in by the same family, who are now downsizing.

Sitting on a hill above Rochestown Road, the property is the largest site on a five-unit gated development and is itself additionally enclosed with its own gateway and gravelled, garden-edged sweep.

The low density of the estate allows an important integration with the rural-urban mix exemplified by Garryduff; the vendor – a senior enterpreneur in the electronics industry – and his wife, are committed and creative gardeners influenced by garden designer Brian Cross and probably well aware of the local reputation for notable landscapes.

Their house reflects this commitment, as many of the ground floor rooms offer access to the patios or to the flagged pathways, while the beautiful sunroom with its floor of Spanish terracotta tiling and its glazed high-raftered ceiling marries internal and external spaces with a glamour hard to resist even on a January morning.

At 530sq m (6,200sq ft) the succession of rooms is arranged to flow from the maple-lined and oak-floored kitchen around to what in a smaller house might be the livingroom but here qualifies as the den, stepping down to the comforts of fireplace, sofas and laden bookshelves.

With its gas-fired Aga and centre island, the kitchen also adjoins the compartmentalised utility area which leads to the garden and the double garage – which is the engine room and DIY hub of the whole property. (Did I mention the laundry chute? And the central vacuum system?) Another indication of the domestic principles of the design is the large guest toilet off the hall; this is no cupboard under the stairs but a charming room in itself.

Charm is also the keynote softening the formality of the wide drawingroom with its bay window and marble fireplace with a hearth of black slate. This follows the slightly smaller diningroom, although it does have room for a 10-seat table and is distinguished by a coved ceiling and attractive plaster finish emphasised by recessed lighting.

The study on the ground floor has a built-in desk matching the oak-panelled walls and a door to the garden suggesting Zen-like opportunities for meditation. Upstairs and downstairs built-in units provide great storage space.

The only place without built-in units is the main bedroom, where a generously proportioned shelved, railed and cupboarded dressingroom accompanies the large en suite bathroom.

Reached from the solid oak staircase with its turned balusters, the bedroom floor has three large rooms and even the fourth smaller room has a fitted desk and bookshelves. Like the lower bedrooms the two attic rooms come with their own showers; one is a family gym, while a slice has been taken off the other to provide attic storage without disturbing the comfort of the room itself.

There are deep hot-presses on each landing, under-floor heating for the ground floor and oil-fired and geothermal heating everywhere else. There are also recessed hi-fi speakers in the reception rooms and master bedroom and solid oak doors, flooring and panelling. And two hall staircases.

Impressive as number 3 Eyrecourt may be, it isn’t Downton Abbey. Or not quite, for this narrower stairs leads to the billiards room with its full-sized table, scoreboard, couches, raftered ceiling, television area and kitchenette. It fills the garage roof-space and looks readily suitable to alternative uses, such as an apartment for an au pair or children’s playroom.

The gentle garden also seems to embrace the house with its shrubs, trees, borders, vegetables, classically styled greenhouse and gazebo.

Near the porch with its elegant double-entrance doors, a flourishing daphne sends its perfume across the winter lawns, a little hint that the property market in Cork is picking up stride.