Herbal medicine: the good, the bad and the ugly 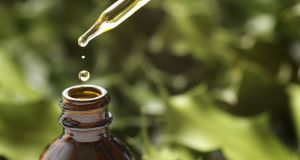 Across the world, around 25 per cent of all pharmaceutical medicines are derived from plants

Unlike other alternative medicines such as homeopathy, acupuncture or reiki, herbal medicine and conventional medicine share the same origins.

Pharmacists extract the key active ingredient from a plant, or synthesise its molecules, concentrating its properties to maximise its effect on the human body and removing parts of the plant which are not needed for the illness or ailment being treated. These become medicines.

Herbalists, on the other hand, use the plant itself, sometimes in a tea or distilled in a tincture. They say that this is often more effective for mild to moderate illnesses and complaints including depression and anxiety and irritable bowel syndrome (a so-called idiopathic illness where there doesn’t appear to be an easily identifiable cause), among others. They argue that the herbs usually have less side effects than pharmaceutical medicines.

Herbs are also used at home, particularly in rural areas, to heal everyday scrapes and ailments. The herbs used in medicine can have more than one action and so herbalists might use a different plant for multiple ailments, or blend a selection of herbs together, based on the patient’s individual symptoms; this requires much more specialised knowledge. Professional herbalists need to have gone through years of training.

In the wrong hands, herbal medicine can kill. In 1993, over 105 patients in Belgium were given a Chinese herbal preparation for weight loss. It was meant to contain a herb called stephania, but was in fact laced with a similar looking herb, aristophania, a known carcinogen which can cause urinary tract, kidney failure and cancers. They were all diagnosed with kidney failure. A member of the aristolachia family, known as birthwort, was used in childbirth for millenia because it resembled the birth canal, but we now know it is dangerous.

Helen Sheridan is associate professor of drug discovery and ethnopharmacology at the School of Pharmacy and Pharmaceutical Sciences in Trinity College Dublin and an adviser to the subcommittee on herbal medicines with the Health Products Regulatory Authority (HPRA, formerly the Irish Medicines Board). She says that the quality of herbs is one of the biggest problems. Even plants like sage or rosemary, used in food and medicine, are heavily laden with bioactive chemicals.

“I have no issue with herbal teas as they are generally quite dilute, although liquorice tea is not good if you have high blood pressure but you might not see that in the small font on the package.”

Still, herbal medicine was the primary mode of healthcare for all but the last 50-100 of the 12,500 years or so years that humans have been in Ireland. Today, around 80 per cent of the world’s population rely primarily on herbal medicine, whether passed through informal community networks or through specialised herbalists. In the western world, people visit herbalists out of choice; in the developing world, they visit them because there are not enough doctors and conventional medicine is prohibitively expensive.

Across the world, around 25 per cent of all pharmaceutical medicines are derived from plants; many treatments for malaria, warts, bowel disorders, heart conditions and chronic pain, come from pharmacists and doctors learning about folk knowledge.

Some people have traditional knowledge of cures foisted on them and reluctantly accept that their role in the community as a healer, says Ronnie Moore, a professor of sociology in UCD. These people tend to avoid payment, although some might accept a present. It can be a burden as much as a gift, but it is a powerful obligation and whether through social pressure or because of a sense of duty and reverence, few people dodge this call, a call that is part of the very fabric of life and death.