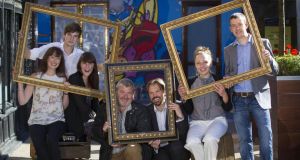 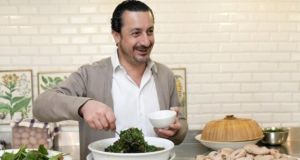 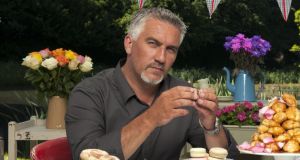 Guinness is good for food start-ups
The results of the Arthur Guinness Projects 2013 have been announced and the winning food projects will each receive between €20,000 and €40,000 in cash, as well as six months mentoring from the panel of industry experts who judged the competition. The winning projects involved food waste and the distribution of surpluses to those who need it; a commmunity based resource that will train people in food production and preparation, with a view to upskilling; free-range snail farming, and encouraging people to reconnect with where their food comes from. For information on the winning projects, see arthurguinnessprojects.com

Bia Beirut
Kamal Mouzawak, who started Lebanon’s first farmers’ market, Souk el Tayeb in Beirut, and also runs Tawlet, a co-operative restaurant where the cooking is done by home cooks from all over Lebanon, is taking over the kitchen at Ard Bia in Galway on Saturday, October 12th to create a mezze feast made with Irish ingredients, as well as main courses and desserts. Tickets for the dinner, including wine, cost €50 and can be booked with Ard Bia, tel: 091-561114.

Mouzawak is also giving at talk at The Fringe Lab in Sycamore Street, Temple Bar, Dublin 2 on Tuesday, October 8th at 7pm, with Lebanese wine, canapés and cakes by the Cake Café. Tickets for this cost €25 and can be booked by emailing thecakecafe@gmail.com.

Hollywood comes to Dublin
Form an orderly queue ladies, Great British Bake Off judge and TV presenter Paul Hollywood will be in Dublin on October 24th, and will be signing copies of his new book Paul Hollywood’s Pies & Puds (published by Bloomsbury, £20) at Kitchen Complements on South Anne Street in Dublin 2. The signing is scheduled for 1pm, but subject to change, so check the website, kitchencomplements.ie nearer the date.

Lobster lunch
“It’s wild and local,” says restaurateur Stephane Couzy of the lobster he is serving on a €19.50 two-course lobster lunch menu at Morels in Dún Laoghaire (formerly Alexis) , Tuesdays to Fridays, until October 17th.

Couzy opened a Morels restaurant in Glasthule many years ago, and says he is recycling the name “because it opened in recessionary times with high quality food at excellent value for money and people seem to remember it for that reason.” Chef Alan O’Reilly, who was a partner in Alexis, and first worked with Couzy 20 years ago, is head chef at new Morels.

Clever thinking
Like lots of good ideas this innovation is very simple. Odlums has repackaged its range of flour in 1kg resealable tubs (€2), which are easier to store and should be less messy than traditional paper sacks. They also come with a measuring scoop inside the tub.
mcdigby@irishtimes.com