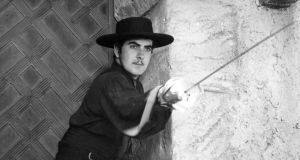 The Irish in Latin America, an international touring exhibition on view this week at NUI Galway, contains some surprising facts about the impact made by Irish people and their descendants in Latin American countries.

1. Argentina attracted the largest number of Irish immigrants outside the English speaking world. Private settlement schemes in the 18th century brought more than 50,000 Irish immigrants to Buenos Aires, from where they dispersed to rural areas and worked mostly as sheep farmers and cattle ranchers.

2. Hundreds of Irish railroad workers recruited in New York in 1835 went to Cuba to build the Havana–Güines railroad. Experienced in railroad construction, los irlandeses were unskilled labourers with a few artisans, carpenters, seamstresses, washerwomen and cooks. They joined with Canary Islanders and with enslaved Africans to form the biggest labour force outside the sugar plantations.

3. Eliza Lynch (1835-1886), born in Charleville, Co Cork, became the unofficial “Queen of Paraguay”. She was living in Paris when she met Francisco Solano-López (1826-1870). When he became president of Paraguay in 1862, Eliza Lynch assumed the position of unofficial queen. They had seven children and his entire estate was left to her in 1870, making her one of the wealthiest women in Latin America.

4. Cecilia Grierson was Argentina’s first female physician. Her mother, Jane Duffy, was Irish, married to John Robertson Grierson, son of a Scottish colonist. She graduated as a teacher in 1878 and went on to study medicine, despite the legal exclusion of women from educational institutions.

5. William Lamport (1611-1657), from Wexford, arrived in New Spain (Mexico) as a member of the Spanish Court in the 1630s. Some biographers claim that this 17th-century Irishman has been immortalised by Hollywood in the fictional character of Zorro. Accused of plotting against the state, he was imprisoned by the Spanish Inquisition. He escaped but was ultimately found guilty of heresy and burned at the stake in 1657.

6. Rómulo Antonio O’Farrill junior (1917-2006), whose ancestors came from Longford, was one of Mexico’s most powerful media barons. His father, Rómulo O’Farrill, set up Mexico’s first commercial TV station in 1949 and the O’Farrill family still manage a newspaper chain that includes Novedades and The News, one of the most widely distributed English-language daily newspapers in Latin America.

7. Ambrose O’Higgins (1720-1801), the Irish-born viceroy of Peru, is one of the most celebrated Irish immigrants, having reached the highest ranks in the Spanish colonial imperial service. Born in Ballynary, Sligo, he moved to Spain in his early thirties. He first sailed to South America in 1756, and returned in 1763.

8. Admiral William Brown (1777-1857), or Guillermo Brown, a native of Foxford, Co Mayo, became Admiral of the Argentine Navy, leading the battle to achieve independence from Spain. He left Ireland as a youth and settled in Buenos Aires in 1812. Named in his honour are several ships of the Argentine navy, an Argentine naval base, three towns, 320 schools, six football clubs and about 1,100 streets.

10. Miguel O’Gorman (1736-1819), a doctor from Ennis, Co Clare, established the Academy of Medicine in Montevideo and the first medical school in Buenos Aires. He is regarded as the founder of modern medicine in Argentina and was was appointed the first Protomédico (Royal Physician) in the new viceroyalty of Rio de la Plata in 1798.

The above list was extracted from The Irish in Latin America, on view at the Hardiman Building in NUI Galway until September 29th. The exhibition was commisisoned by the Department of Foreign Affairs and Trade, and curated by Dr Margaret Brehony, president of the Society for Irish Latin American Studies and a postdoctoral researcher at the School of Geography at NUI Galway. Dr Brehony is co-editor of the journal of Irish Migration Studies in Latin America.

It has also been staged at the First Congress of the Global Irish Diaspora in UCD, the Latin America Week conference in Trinity College, and the Cinco de Mayo festival at the Dublin Food Co-op.

The exhibition, in a Spanish language version, is running concurrently in South America and Cuba, and since opening in Mexico City in October 2016, it has also been been mounted in Guadalajara; in Bogotá, Colombia; in Buenos Aires, Argentina; in Montevideo, Uruguay, and in Asunción, Paraguay.

It was launched in Havana by President Michael D Higgins during his Irish State visit to Cuba in February, and will travel to Rosario, Argentina in November and to Peru early next year.