The week’s best classical and opera: Griselda to ConTempo Quartet 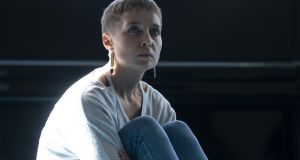 Griselda
Town Hall Theatre, Galway, and on tour It never rains but it pours. Vivaldi has had a centuries-long wait for a performance of any of his operas in Ireland. The next month will bring a total of 12 performances of two of his operas, Griselda from Irish National Opera (starting in Galway and touring to Letterkenny, Sligo, Navan, Kilkenny, Limerick and Dún Laoghaire) and Dorilla in Tempe from Wexford Festival Opera (starting on Wednesday, October 23rd). The plot of Griselda, after a story from Boccaccio’s Decameron, is about female faithfulness and moral rectitude in the face of appalling trials. The title role is taken by English mezzo-soprano Katie Bray, who won the audience prize at the Cardiff Singer of the World competition in June. Spanish tenor Jorge Navarro Colorado is her husband, King Gualtiero, Irish soprano Emma Morwood is Costanza, Irish mezzo-sopranos Sinéad O’Kelly and Raphaela Mangan are Ottone and Corrado, and Australian counter-tenor Russell Harcourt is Roberto. Tom Creed directs. The designer is Katie Davenport. And the Irish Baroque Orchestra is conducted by Peter Whelan.

London Mozart Players
National Concert Hall, Dublin
The London Mozart Players’ National Concert Hall concert is an unusual mixture of works from the 18th and early 20th centuries. Prokofiev’s wittily backward-looking Classical Symphony sets the classical tone. The evening’s conductor Howard Shelley directs Mozart’s Piano Concerto No 25 in C, K503, from the piano. And Haydn’s last symphony, No 104, the one nicknamed London, is preceded by Delius’s quintessentially English On Hearing the First Cuckoo in Spring, which, curiously, was given its world premiere not in England but in Leipzig by the Gewandhaus Orchestra under Arthur Nikisch in 1913. The concert starts at 8pm.

ConTempo Quartet
NCH, Kevin Barry Recital Room
It’s women’s night again at the National Concert Hall’s Kevin Barry Recital Room. The NCH Resound series, presented in partnership with Sounding the Feminists, offers the 1834 String Quartet in E flat by Fanny Mendelssohn, sister of Felix, and the 1937 Quartet in E minor by Ina Boyle, the Irish composer whose reputation has been experiencing the most rapid escalation in the past few years. The final work is Louise Farrenc’s Op 40 of 1851-52, not in its original scoring for piano, flute, oboe, clarinet, horn and bassoon, but in the composer’s own version for standard piano quintet, swapping the wind instruments for strings. Fiachra Garvey is the pianist and the concert starts at 7.30pm.

Can you be racist against white people?
3

Steve Coogan: ‘Come Out, Ye Black and Tans is two fingers to the British’
4 Why Dr Seuss is the real hero of children's literature
5