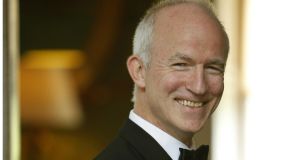 New Music Dublin
National Concert Hall and other venues; newmusicdublin.ie
The last two days of the New Music Dublin festival bring a portrait concert of Kevin O’Connell (by Belfast’s Hard Rain Ensemble), the RTÉ National Symphony Orchestra’s programme of Daniel Bjarnason, Siobhán Cleary, Jane O’Leary and Hugi Gudmundsson (box will be the first orchestral work by the Icelandic composer to be heard in Ireland), and a late night programme of improvised music with BABs, ReDiviDeR and the Guillaume Orti/Stéphane Payen duo, all on Saturday. Sunday brings Crash Ensemble’s Free State 12 (including new works by Amanda Feery, Inti Figgis-Vizueta, Adam McCartney, Daniel McDermott and Matthew Whiteside at 1.30pm), Xenia Pestova Bennett’s Atomic Legacies (3pm), Chamber Choir Ireland in works by composers from Estonia, USA, Serbia, Iran and Canada (6pm at the Pepper Canister Church) and the closing concert by the RTÉ Concert Orchestra and Bang on a Can All-Stars in Gerald Barry and Julia Wolfe (8pm).

RTÉ NSO/Michail Jurowski
National Concert Hall, Dublin; nci.ie
The RTÉ National Symphony Orchestra opens its concert with Sofia Gubaidulina’s 1971 Fairytale Poem on the day that the Finding a Voice festival focused on music by women gets into full swing in Clonmel. Gubaidulina wrote the music for a radio broadcast of a Czech fairy tale, The Little Chalk, a story she saw as a parable about an artist’s destiny. Daniel Kharitonov is the soloist in Rachmaninoff’s Second Piano Concerto, and the concert, which is conducted by Michail Jurowski (father of two conducting sons, Vladimir and Dmitri) ends with excerpts from Prokofiev’s ballet Cinderella.