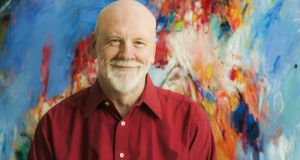 Arrangements have been around forever. And, strange to say in this era when the internet has made more music readily accessible than ever before, arrangements appear more often on concert programmes than they used to.

I went to seven concerts over five days last week. Twenty-eight works were performed; 13 were arrangements, and two others could be classified that way, since the Handel suite and chaconne sturdily played at the Westport Chamber Music Festival by pianist Daria van den Bercken were originally written for harpsichord rather than piano.

Arrangements get made for all sorts of reasons. Back in the days before radio and recordings they were the only way most people ever got to experience large-scale pieces.

If you lived in, say, Co Cavan 100 or more years ago, your only access to symphonies by Brahms or Beethoven was likely to be through arrangements. Versions for piano duet or solo piano were the most popular. I mention Cavan, because a friend once showed me a huge collection of piano duet arrangements that had been assembled by someone living there.

There has always been a demand for simplified versions of popular pieces, great concertos or great hits of the moment made viable for performers of limited ability. At the other end of the scale, Liszt used his hugely challenging arrangements – Schubert songs, symphonies by Berlioz and Beethoven, favourite chunks of opera – to promote those works through his own concert performances. In that way he actually helped popularise Schubert songs before they had been widely adopted by singers.

Orchestras were important disseminators of early music before the early music movement got fully into swing in the 20th century. Composers and arrangers often reworked operas so that they could be performed in centres with limited resources. And, of course, arrangements are also a necessary part of professional musical life. Repetiteurs play piano reductions at opera rehearsals. Wind and string instrumentalists work on concertos with piano reductions of the orchestral scores.

One of the pieces played in Westport was César Franck’s best-known chamber work, the Violin Sonata in A. It’s dedicated to the great Belgian violinist Eugène Ysaÿe, but the title page of its first edition lists it as being for “piano and violin or cello”. The title page also lists versions for piano solo and for piano duet, and carries a separate plug for the composer’s Symphony in D minor in a version for violin and piano, with the symphony’s central Allegretto also available as a separate publication.

In Westport the sonata was in the hands of Norwegian viola player Eivind Ringstad with Finghin Collins at the piano. Ringstad is not one of those viola players who tries to impress through the imposing weight of his tone. His manner in the Franck was light and phenomenally nimble, fully as free-flowing as a performance on violin, but with a number of intriguing passages where he descended into his lower register for moments of throatier-sounding urgency. The work lacked nothing in expressive richness in Ringstad’s hands, and Collins offered partnership that was in impeccable taste.

Ringstad was also involved in the biggest arrangement that Westport offered. With violinist Alexander Sitkovetsky and cellist Adrian Brendel he played the arrangement for string trio of Bach’s Goldberg Variations by violinist and conductor Dmitry Sitkovetsky, uncle of Alexander, and a former principal conductor of the Ulster Orchestra.

Sitkovetsky’s arrangement began as a kind of private passion, spurred on by Glenn Gould’s later, 1981 recording of the variations, and it was only when he had a run-through of the complete version with colleagues that he realised he had done something special.

The Westport performance was decidedly odd. The playing was very high-powered, and individual virtuosic moments drew murmurs of approval from around me in the audience. But the three players seemed to be in separate, not properly connected worlds.

Their worlds, however, appeared fully bonded by comparison with the French and Spanish songs offered by soprano Kelley Lonergan in arrangements by Alex Petcu for voice and marimba or vibraphone. So extreme was the sense of dislocation – not so much the fault of the singer as of Petcu as arranger and performer – that the original character of the songs was hardly recognisable.

The performance of Osvaldo Golijov’s Mariel for cello (Isang Enders) and marimba was more persuasive. But the festival’s most rewarding performances came in core repertoire. Sitkovetsky, Brendel and pianist Hugh Tinney joined forces in the glorious expansiveness of Beethoven’s Archduke Trio. And the unflappably suave clarinettist Julian Bliss enjoyed the extended lower range of a basset clarinet in Mozart’s Clarinet Quintet with violinists Sitkovetsky and Mairéad Hickey, along with Ringstad and Enders.

The biggest arrangement of the week came from the Irish Chamber Orchestra under Brett Dean at Monkstown Parish Church. They gave the Irish premiere of Maltese conductor Michelle Castelletti’s downsizing of Mahler’s 10th Symphony. Castelletti has arranged the entire symphony, but the ICO offered only the long opening Adagio.

It’s often remarked that a lot of Mahler’s orchestral writing evokes the world of chamber music. This is true. Castelletti supports her arrangement with the idea that there is “one continuous line throughout the surviving manuscript pages”.

And she points to the example of Schoenberg’s Society for the Private Performance of Music, which ran from 1918 to 1921. There, the declared objective was to provide “artists and music lovers with a real and exact knowledge of modern music”, and arrangements for two pianos or small ensemble were not uncommon. Schoenberg’s focus was on familiarisation with works not otherwise readily accessible, and repeat performances were also common.

With Mahler’s 10th readily available in a range of versions, it’s not at all clear why the arrangement-obsessed planners at the ICO chose to focus on second-hand Mahler. Sadly, Dean’s handling of Mahler via Castelletti didn’t really catch fire on this occasion. In the atmospheric worlds conjured up by his own, genuinely compact Short Stories, he was a peerless guide.