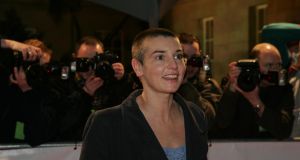 Singer Sinead O’Connor has spoken about her struggles with mental health in an interview with US chat show host Dr Phil.

In an in-depth interview aired on Tuesday in the US, O’Connor said that she wanted to inspire others to reach out if they had mental health issues.

“The fact that there’s such stigma about mental illness means that the illness doesn’t get talked about,” she said.

She said famous people were least likely to ask for help. “There’s a certain group of people who are absolutely afraid to open their mouth about mental illness, and that is rockers.

“I am fed up of being defined as the crazy person, the child abuse survivor,” she added.

O’Connor described the alleged abuse she suffered as a child by her mother. “She ran a torture chamber, it was a torture chamber. She was a person who took delight, would smile, while hurting you,” she said.

O’Connor claims the abuse continued until she was 13. She described music as her “treatment”.

Known for her trademark short hair, O’Connor said she first cut her hair as a child. “When we were children, my sister had beautiful red hair, glorious red hair. That’s why I’d be jealous of her,” she said.

“But my mother took it into her head that my sister’s hair was ugly, and horrible and disgusting... She would introduce us as her pretty daughter and her ugly daughter. And that’s why I cut my hair off. I didn’t want to be pretty.”

Her appearance was questioned by those in the music industry and she described how a record company had asked her once to grow her hair long and wear short dresses. “I didn’t want to be sold on my sexuality. The success I wanted was because I was a good musician.”

* If you have been affected by anything in this article, help and support is available from the Samaritans on freephone 116123, or email jo@samaritans.org