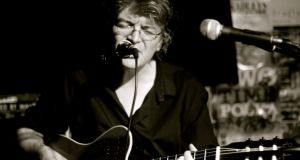 Slap on the factor 50 before you listen to Laurie Shaw’s tracks - because they’re blazing with summery, sunny goodness. This 19-year-old knows his way around a great pop melody.

Cormac O'Caoimh’s Cork-accented folk shines on his latest record The Moon Loses its Memory, with his gentle lilt taking time to show that there’s strength to these songs. There’s a welcome hint of Prefab Sprout here.

Feather Beds’ debut is on its way, and if first single Walter (a Breaking Bad reference, perhaps?) is anything to go by, it’ll be shimmery, spacey, a little dark and with suitably gentle vocals. Fans of Baths will approve.

Weapons of Mass Percussion sees seven-piece drumming group Torann team up with producer Guerrilla Sounds for an intense collaboration that brings the Prodigy to 2014 by way of metal.

IRA disappearances during the Irish revolution
8