Kate Bush rejects rumour she is a Tory supporter 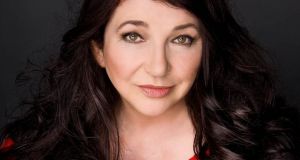 Kate Bush has written a statement clarifying her political beliefs, saying a magazine interview from 2016 “could make it seem like I am a Tory supporter, which I want to make clear I am not”.

In the interview with the Canadian magazine Maclean’s, Bush was reported as voicing support for the British prime minister, Theresa May.

Answering a question about Hillary Clinton and “the fear of women’s power”, she said: “We have a female prime minister here in the UK. I actually really like her and think she’s wonderful. I think it’s the best thing that’s happened to us in a long time. She’s a very intelligent woman but I don’t see much to fear.

“I will say it is great to have a woman in charge of the country. She’s very sensible and I think that’s a good thing at this point in time.”

Writing on her website, Bush says the quote was “out of context … it seemed as if the focus went on to the quote rather than the work. It was deeply frustrating.”

She says she decided not to clarify her words at the time but was now moved to comment after the quote had been aired again in articles about her recently remastered back catalogue and a book of her collected lyrics.

“My response to the interviewer was not meant to be political but rather was in the defence of women in power. I felt he was putting a really negative slant on powerful women, referring to a witch hunt involving Hillary Clinton. In response I said that we had a woman in charge of our country, and that I felt it was a good thing to have women in power. I should have been clearer when I then said it was the best thing that had happened to us for a long time – because I greatly disliked the behaviour of the previous PM, who at that point I felt had abandoned us and everybody felt angry and let down.”

The latter reference is to David Cameron, who has been criticised for calling the referendum on Britain’s EU membership, which led to Brexit.

Bush is still a relatively reclusive figure, and did no interviews around the recent reissues and lyric collection. In 2014, she performed her first live shows in 35 years, having not toured since her only ever run of live dates in 1979.

She does write occasional messages on her website though, recently including tributes to the late recording engineer Geoff Emerick and the choreographer Lindsay Kemp. She also thanked fans this week for raising money for the homeless charity Crisis, drawn from sales at a London pop-up store set up over the Christmas period. – Guardian

Where did it all go wrong for Johnny Depp?
7

Francis Bacon: ‘Sex and painting: that was his life’
9