Anarchy in the UK: Brexit, Billy Bragg and punk rock

The protest singer tells the Irish Times politics podcast punk was about solidarity, not Brexit-style masochsim 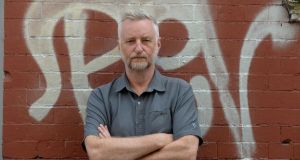 Billy Bragg: the singer thinks the age has passed when music can act as a vehicle for social change. Photograph: Alan Betson

This week the veteran English protest singer Billy Bragg joined us for a chat on the Irish Times politics podcast (which, I am contractually obliged to tell you, is available on all good podcast platforms). Bragg, who first rose to public attention at the height of the anti-Thatcher wave in British popular culture in the post-punk era of the early 1980s, remains one of the most overtly political figures in British pop and always has interesting things to say about the UK body politic.

Among the things I wanted to ask him about was the thesis, first put forward by Fintan O’Toole and supported by John Harris in the Guardian recently, that the roots of the modern Brexiteer mentality can be found in English punk rock, the explosion of anger-as-energy that reshaped international popular culture in the late 1970s.

When Johnny Rotten sang ‘Don’t know what I want, but I know how to get it’ he hardly imagined he’d be providing a blueprint for government policy 43 years later

“It is in punk that we find not just the nihilistic energy that helped to drive the Brexit impulse but, more to the point, the popularisation of masochism,” O’Toole wrote in his book Heroic Failure: Brexit and the Politics of Pain. “What heroic failure and fantasies of Nazi invasion did for the middle and upper classes, punk did for the young and the working class.”

I don’t really buy this argument. Popular though masochism reputedly is in British public schools, a taste for taking pleasure in pain knows no borders, although it may manifest itself in different ways in different places.

The appropriation of fetish and bondage imagery by Vivienne Westwood and Malcolm McLaren when they were putting together the Sex Pistols in 1976 owed as much to international art movements like dada and situationism as it did to specifically British culture.

McLaren himself was as influenced by the Manhattan demi-monde of Lou Reed and the New York Dolls as by anything around him in London. All of this was part of a broader response to the curdling of 1960s counterculture, along with the urban decay and economic stagnation of the mid-1970s. And while the Pistols were the ground zero of British punk (a movement that, according to its key protagonists, lasted for only about 12 months), they were soon joined by a second wave of bands such as The Clash, who had a more profound effect on the young Billy Bragg.

So it’s not surprising that Bragg rejects the parallels between punk, which shaped him, and Brexit, which he campaigns against. For Bragg, punk was a movement based on social solidarity and leftist activism. He also thinks the age has now passed when music can act as a vehicle for social change. It has been supplanted by the digital tools that allow modern protest groups such as Extinction Rebellion to build grassroots movements quickly and effectively.

Fair enough, although there is still something about punk that offers a useful way of thinking about how English society, English pop culture and English politics intersect. The question of why punk, as a mass movement rather than an underground cult, erupted in the UK has more to do with the peculiarities of the country’s media, its youth culture and its class structure than with its psychosexual demons.

In the Guardian, Harris posits a long national tradition, going back to the 17th-century Cavaliers, of nihilist peacockery, now embodied in the UK’s new prime minister.

“Led by a serial smasher-upper and self-publicist, we are on our way out of the EU because of a collective set of desires akin to the punk-era urge to break things,” he writes. “Along with a connected inability to channel resentment into anything more than gestures of self-harm.”

When Johnny Rotten sang “Don’t know what I want, but I know how to get it” in Anarchy in the UK, he hardly imagined he’d be providing a blueprint for government policy 43 years later, but so it has come to pass.

It may not be a complete coincidence that Rotten, now John Lydon, defanged and reduced to the status of minor national treasure, is an enthusiastic supporter of Brexit.

It’s worth bearing in mind, though, that what’s most interesting about punk is not so much the movement itself as the possibilities it opened up for those who came after it. Is it beyond the bounds of possibility that the same might be true of Brexit?

The Music Quiz: What song did the BBC say was 'too depressing' to play
7

Collops and fíbíns: The lost language of Ireland’s landscape
9