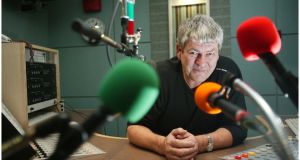 Galway Arts Centre director Páraic Breathnach has called for the resignation of the chair of the Galway 2020 European city of culture board and the immediate appointment of a new creative director.

Mr Breathnach’s co-founder of Macnas street theatre company Ollie Jennings, manager of the Saw Doctors, has also expressed his dismay at events which have led to the loss of the €46 million project’s chief executive Hannah Kiely this week, three months after its creative director Chris Baldwin resigned.

In a related development, 14 arts groups with projects approved for the 2020 are seeking an urgent meeting with the Galway city and county chief executives, Brendan McGrath and Kevin Kelly.

The 14 groups who met privately on Thursday are understood to be both frustrated and angry at signals that promised financial support for approved projects is to be cut.

“The replacement of a creative or artistic director is vital at this stage,” Mr Breathnach said.

An EU monitoring report this summer warned that Galway was in “danger of losing track with the project and incurring further delays”, and identified the need to appoint a new cultural leader, among 15 recommendations.

However, no new cultural director has been appointed, in spite of commitments by 2020 that one would be appointed by late July.

Mr Breathnach also called for the resignation of the project’s chairwoman, Aideen McGinley, due to her “record in Derry”.

Ms McGinley was formerly head of Ilex, the company responsible for the regeneration of Derry and for securing the British city of culture title. She appeared before a Stormont committee in 2012 that was analysing expenditure of more than £400,000 without proper government approval.

Asked about this at a Galway City Council meeting in June, Ms McGinley pointed out she had taken responsibility for mistakes “made before me” in Derry.

Mr Breathnach said he believed the €46 million budget for Galway 2020 was already down by €10 million, and asked “why artists have to take the cut, rather than administrative and associated services, some of which have been contracted out”.

“There is an arrogance now in expecting artists to do something on lower budgets than promised – one would not expect or ask the same of a carpet-laying company,” he said.

Mr Breathnach’s remit includes hosting the annual Cúirt international literary festival, which is not in the 2020 bid book – in spite of its 14-year track record in running the Create Europe partnership.

Mr Jennings said that he was both “disappointed and dismayed” that Galway had “waited for 30 years to become a cultural capital” and now the project was mired in difficulties.

Earlier this week, Galway 2020 announced that a city council senior executive, Mark O’Donnell, is to be seconded to become its chief operations officer, while events manager Pearse Doherty will become head of production.

Galway 2020 said it would not be responding to Mr Breathnach’s comments but said work was “ongoing” on recruiting for a “creative leadership role”.

Asked about a funding shortfall, it said it had announced €12.7 million this week as its first round of funding, and was “meeting with cultural partners to discuss their projects and agree budgets and move to signing contracts”.

Galway 2020’s budget, of almost €46 million, includes €15 million committed to by the Government and €6 million each from two local authorities – although Galway County Council says it can commit to only €2 million.

Galway street theatre company Macnas plans to broadcast its Halloween parades live online this year in both Galway and Dublin. The company says that this means its parade, entitled “Out of the Wild Sky”, will reach a global audience of more than 163,000.