The smearing of Woody Allen: Dylan Farrow and abuse allegations 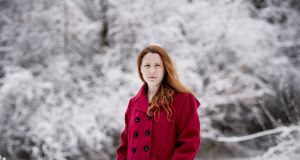 Soon after Rolling Stone published a sensational – and, as it turned out, false – account of a gang rape at a University of Virginia fraternity, Richard Bradley, the editor of Worth magazine, suspected that something was amiss.

Basic journalistic rules, such as seeking comment from the alleged perpetrators, had not been observed, he noted on his blog. Details of the assault, one of which seemed ripped from Silence of the Lambs, were lurid past the point of plausibility.

But what most stirred Bradley’s doubt was how perfectly the story played “into existing biases,” especially the sorts of biases Rolling Stone readers might harbour about fraternity life at southern US universities.

Since the account of the rape “felt” true, it was easy to assume it was. Since the alleged victim had supposedly suffered grievous harm, it was awkward to challenge her version of events. Since important people took the story on faith and sought to press it into the service of an undeniably noble cause, the story’s moral truth overwhelmed its factual one.

All this, Bradley knew, was the surest way to fall for the biggest lies. It’s a caution that could serve journalists and the wider public well in the case of Woody Allen’s alleged molestation, in 1992, of his then-seven-year-old adoptive daughter, Dylan Farrow.

The case is news again thanks to Farrow, who in December penned an op-ed for the Los Angeles Times titled, “Why Has the #MeToo Revolution Spared Woody Allen?” She repeated her charges against Allen in a tearful interview last month on CBS, and her efforts seem to have had their intended effect: From Mira Sorvino to Natalie Portman, A-list actors are expressing bitter regrets for having worked with Allen. The director is officially radioactive.

But if Farrow wants an answer to her question, it’s because we know that the charges #MeToo has levelled against men such as Harvey Weinstein or Kevin Spacey are almost certainly true. The reason they have not been spared is because they are guilty beyond a reasonable doubt. The facts, not the allegations, prove it.

Not so with Allen and Farrow. An in-depth, contemporaneous and independent investigation into the allegations, conducted over several months by the Yale-New Haven Hospital in 1992 and 1993, noted that there were “important inconsistencies in Dylan’s statements,” and that “her descriptions of the details surrounding the alleged events were unusual and were inconsistent.” It concluded categorically: “It is our expert opinion that Dylan was not sexually abused by Mr Allen.”

That investigation (most of which remains under seal) may or may not be dispositive. It has been criticised over the years, including by a judge who ruled against Allen in his custody battle for Dylan and her siblings.

But since the state of Connecticut declined to press charges against Allen, it is what we have to go on. Shouldn’t the weight of available evidence, to say nothing of the presumption of innocence, extend to the court of public opinion, too?

That is a thought lost in some of the commentary about the case. Dylan Farrow is a persuasive interviewee who seems absolutely sincere in her belief that she was molested by Allen as a child. Allen, by contrast, comes across as a grouchy neurotic who, in his late 50s, had a distasteful affair with Mia Farrow’s adopted, barely adult daughter, Soon-Yi Previn. In the contest of sympathies, it’s not hard to guess who wins.

But it’s precisely because Dylan’s account plays to our existing biases that we need to treat it with added scepticism. Most parents know that young children are imaginative and suggestible and innocently prone to making things up. The misuse of children’s memories by ambitious prosecutors against day-care centre operators in the 1980s led to some of the worst miscarriages of justice in recent US history. You don’t have to doubt Farrow’s honesty to doubt her version of events.

Nor have we learned anything else about Allen in the intervening years that might add to suspicions of guilt. He married Soon-Yi and has been with her ever since. Nobody else has come forward in 25 years with a fresh accusation of assault against him. If Allen is in fact a paedophile, he appears to have acted on his evil fantasies exactly once. Compare that to Larry Nassar’s 265 identified victims.

It goes without saying that child molestation is a uniquely evil crime that merits the stiffest penalties. But accusing someone of being a molester without abundant evidence is also odious, particularly in an era in which social-media whispers can become the ruin of careers and even of lives.

That’s something for all of us to think about, even when it comes to wealthy, peculiar old men for whom we feel no love. We still live in a country that paints a bright line between accusation and fact. Smear the accused, smudge the line, and the truth will never out. – New York Times Service

Editor’s note: Since this article was published in the New York Times, Dylan Farrow has defended herself against Stephens. In tweets posted on Saturday, Farrow said that Stephens’s article left out information on her case and that “to presume I invented this story & convinced myself of it is no less insulting than calling me a liar”.

She continued that although it’s “Stephens’ right to doubt me if he so chooses,” “his incredulity doesn’t change what happened that day.” Rather, it “makes it harder for the next victim to come forward.”