New this week: Loveless offers a grimly brilliant portrayal of Russia today, Black Panther is an enjoyable Marvel of a different hue

New superhero film 'Black Panther' is based on the Marvel Comics character of the same name and stars Chadwick Boseman in the lead role. 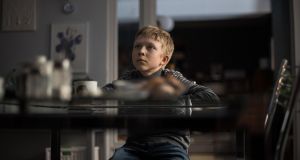 Hugely powerful drama concerning a warring Moscow couple creepily unmoved by the disappearance of their young son. This damply beautiful film has much to say about the current state of Russia. Loveless is, however, more about the personal than the public. We have rarely encountered a film that so powerfully exercises Philip Larkin’s argument about man handing misery on to man. Review DC

Marvel’s first outing with a black protagonist stars Chadwick Boseman as an African king who, from time to time, fights oppression as the lithe Black Panther. Ryan Coogler has as much right to direct a so-so children’s film as the next chap, but a little more roughage would have been nice. It’s efficient, fun and very well acted. But the excess of CGI is suffocating and the surface plot is impossible to care about. Just good enough. Review/Trailer DC

The Winchester Mystery House is a genuine Californian mansion and was once the family residence of Sarah Winchester, widow of the firearm magnate William Winchester. According to legend and codswallop, the property is haunted by the ghosts of those killed with Winchester rifles. Mirren is nicely game as the surviving widow Winchester in a broad spookfest from the team behind Daybreakers. Dumb fun for the long nights. Review TB

Anderson’s latest experiment in the cinema of tyranny stars Day-Lewis as a successful couturier in a version of 1950s London untouched by smog or rationing. Reynolds Woodcock (for it is he) is eventually challenged in his toxic masculinity by a smart young waitress (Krieps) with a terrifying fungal strategy. The technical elan is so icily persuasive that it’s easy to put the film’s many quandaries on the long finger. Spooky. Puzzling. Persuasive. Review/Trailer DC

Decent, well-cast adaptation of RC Sherriff’s durable 1928 play concerning British soldiers in the dying days of the first World War. Dibb’s film does not strain itself in opening out the drama. One significant action sequence, off-stage in the play, is enacted in hurried, confused cuts. The characters have visions of coming horror. But the picture succeeds mostly in the smartness of its casting. Bettany is warm, Butterfield impressionable. It still works. Review DC

The latest stop-motion treat from Aardman Animation follows a group of prehistoric oddballs as they prepare for a football match against more technologically advanced neighbours. The film is not quite up to the standards of Wallace & Gromit. But what is? The puns are solid. The characters are charming. And the animation retains the homemade feel that began winning fans 40 years ago. It cheers you up simply to know they still exist. Review DC