The hand that writes the film review is pale and male

More than three-quarters of film critics are men, a new study finds 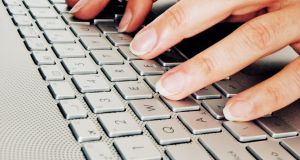 The imbalance in film criticism is, sadly in keeping with the rest of industry. “On screen and behind the camera, Hollywood is predominantly ‘pale and male’,” the report notes

The #MeToo conflagration may have blossomed into a genuine movement, but it has yet to make a sizable dent in many parts of the film industry.

The latest damning set of figures comes from the USC Annenberg School for Communication and Journalism. A new report, Critic’s Choice?, analysed the gender and ethnicity of reviewers included on the Rotten Tomatoes aggregation site.

Focusing on the 100 top-grossing films at the US box office in 2017, the study considered 19,559 reviews and concluded that 77.8 per cent were written by men and 22.2 per cent by women. The underrepresentation of people of colour makes for even grimmer reading, with white males contributing some 67.3 per cent of reviews, non-white men contributing 8.7 per cent and women of colour writing just 2.5 per cent of reviews.

Meanwhile, the highest concentration of reviews written by underrepresented critics were for Tyler Perry’s Boo 2: A Madea Halloween (an African-American comedy), How to be a Latin Lover (a film set among the Latino community), and Smurfs: The Lost Village (a film not aimed primarily at intelligent adults).

The authors of the report have suggested inclusion goals based on current US demographics. Roughly speaking, their 30/30/20/20 plan would see white male critics accounting for no more than 30 per cent of the critical mass. “On screen and behind the camera in film, Hollywood is predominantly ‘pale and male’,” the report notes.

The imbalance in film criticism is, sadly in keeping with the rest of film industry. According to the most recent annual Celluloid Ceiling report released by the Centre for the Study of Women in Television and Film at San Diego State University (SDSU), women comprised just 18 per cent of directors, writers, producers, executive producers, editors, and cinematographers working on the top 250 domestic grossing films of 2017.

“The film industry has utterly failed to address the continuing under-employment of women behind the scenes,” Martha Lauzen, the executive director of SDSU, commented. “This negligence has produced a toxic culture that supported the recent sexual harassment scandals and truncates the careers of so many women.”

There has been much chatter about greater female representation both behind the camera and onscreen. The lack of opportunities for women and people of colour in film writing can only reinforce the industry-wide paleness and maleness.

Ironically, for much of the 20th century, film criticism was considered a woman’s profession. During the 1930s, early pioneers included Lotte Eisner, who championed Pabst and Lang in Film Kurier, and Bryher and Hilda Doolittle who published Close Up, one of the earliest film quarterlies.

CA Lejuene became a household name as the film critic of The Observer from 1928 to 1960. Dilys Powell began reviewing films for the Sunday Times in 1939 and continued until her death in 1995.

Across the Atlantic, Pauline Kael dominated film discourse from the late 1960s onwards. Judith Crist, the New York Herald-Tribune critic, was considered so influential that 20th Century Fox banned her from screenings after she panned Cleopatra. It sometimes feels as if, during the current century, we’ve gone backwards as regards the inclusion of women in the cinematic conversation.

Even before #MeToo got going, female stars had begun to question the lack of female voices in the press. Speaking about the gender imbalance in criticism at a 2015 London press conference, Meryl Streep said: “The word isn’t ‘disheartening,’ it’s ‘infuriating.’” Jessica Chastain weighed in to the debate with a much-publicised 2016 tweet: “Hey #nastywomen - If you love film and are good with a pen, how about becoming a critic? We need female critics to bring balance & diversity.”

Such people do exist. Writers such as Manohla Dargis at The New York Times and Stephanie Zacharek at Time magazine are among the most respected in the business.

But the figures confirm they are still in a small minority. Change comes too slowly. Change may even have gone into reverse. For the moment, the male gaze is still too often mediated through yet another male gaze.