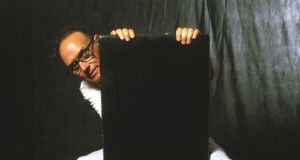 Ennio Morricone: one can no more imagine The Good, the Bad and the Ugly without his score than one can imagine Swan Lake without Tchaikovsky. Photograph: Luciano Viti/Getty

There are a tiny handful of film composers whose work is instantly recognisable from just a few isolated bars. None was quite so distinctive as Ennio Morricone.

Combining deliciously sweet melodies with wild experimentation – whistles, twangs, discordant crashes – the Italian genius, who has died in Rome at 91, sharpened the appeal of such films as The Untouchables, The Battle of Algiers, Cinema Paradiso and The Mission.

His work with Sergio Leone redefined the relationship between music and moving image. It is no exaggeration to suggest one can no more imagine The Good, the Bad and the Ugly without Morricone than one can imagine Swan Lake without Tchaikovsky. During their collaboration on Once upon the Time in the West, in 1972, Leone would play Morricone’s score, composed in advance, during the shoot and choreograph the action to its sweeping melodies. Few other directors have surrendered so much to their composer.

Without access to a full orchestra, the composer filled out the sonic frame for A Fistful of Dollars with ricochets, whip-cracks, trumpets and electric guitar. Nothing like this would have been permitted in a mainstream Hollywood western

Talking to this writer a few years ago, Morricone acknowledged his debt to Leone. “It helped that the films themselves were very successful,” he said. “Secondly, Sergio was very good at getting the right scene for the right music. Thirdly, the audience could actually hear the music. This is not always the case. He would include the whole duration and would play it at volume. He would lower other sounds so you could hear it.”

Ennio Morricone came from a musical family. His father, who played the trumpet in popular bands, taught him to read music and edged him towards a conservatory when the boy was just 12. He seems to have been a genuine prodigy. He was composing when he was six and, after graduation, moved on to an array of musical disciplines. He arranged popular songs. He played in a jazz band. He wrote hits for international artists such as Mina and Paul Anka. He was also “ghost writing” scores for Italian films whose music was attributed to established composers. By the early 1960s his name was appearing in the credits for films such as Il Federale and La Voglia Matta.

In 1964 he joined the avant-garde collective Gruppo di Improvvisazione di Nuova Consonanza. “The Group” was dedicated to introducing unexpected nonmusical sounds into improvisations that explored a “new consonance”.

The seeds of the work that made him a legend are all there. He was simultaneously a forbidding innovator and a grand sentimentalist. A piece such as Chi Mai, composed for the forgotten film Come Maddelena and later a UK hit after appearing in the series The Life and Times of Lloyd George, is still played soothingly in airport lounges and elevators. His pounding, propulsive score for Gillo Pontecorvo’s The Battle of Algiers, one of the great political films, remains as unsettling today as it was in 1966.

The collaboration with Leone began on A Fistful of Dollars in 1964. Not for the first time, a developing artist turned budgetary limitations to their advantage. Without access to a full orchestra, the composer filled out the sonic frame with ricochets, whip-cracks, trumpets and electric guitar. Nothing like this would have been permitted in a mainstream Hollywood western. When the film opened in the United States, three years later, it became a sensation and inspired a new generation of cinematic innovators.

Morricone didn’t initially grasp the scale of his achievement. “I didn’t know I was doing anything new or revolutionary,” he told me. “Though I do try and give the director something new each time. I hope it will be unique, but I never expect it to be revolutionary.”

By the 1970s he had become one of the most sought-after professionals in the business. The work was turning up in the most unusual places. You can hear snippets of original music on the science-fiction series Space 1999. He composed the theme for the 1978 Fifa World Cup, in Argentina. That same year he belatedly secured his first Oscar nomination for Terrence Malick’s Days of Heaven.

The tardiness of the Academy of Motion Picture Arts and Sciences in honouring Morricone reflected a stubborn ambivalence about his work. Though a great orchestral composer, he retained a mischievous taste for experiment that you didn’t find in the work of John Williams or Howard Shore. When he arrived in Ireland for a concert four years ago, he had still not won a competitive Academy Award. That mattered to him. He had admitted to being irritated when Herbie Hancock’s score for Round Midnight beat his for The Mission in 1986.

“This is true,” he told me. “The audience in the theatre shouted when it was announced. They were also disappointed. Herbie Hancock had only 50 per cent original music for the film. The rest was made up of songs arranged by Herbie. It was not fair. Herbie is a great pianist and arranger, but the music was not 100 per cent original. I left the room immediately. I was very cross.”

In 2007 he received an honorary Oscar – usually an acknowledgment that the competitive chance has been missed – but he came back to take the real thing for Quentin Tarantino’s The Hateful Eight, in 2016. It was an appropriate award. Tarantino was from the generation that grew up with Leone’s films and drew inspiration from the combination of balletic action and upfront score.

In his later years Morricone toured the world, playing highlights from his illustrious career. “I am not sick of playing again and again the same music. But I do like to move on,” he said.

In one sense he didn’t get to move on. A multitalented musician who operated in a dozen parallel fields, Morricone became the most influential film composer of his generation. But that was never his intention.