Claudia Cardinale: ‘Usually you live only one life. But I have lived 154 lives’

The Italian star of such classics as 8½ and Once Upon a Time in the West is now 78 and has just completed her 154th feature. She talks about six decades in film 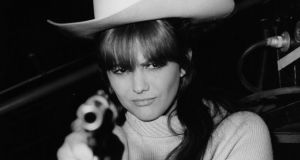 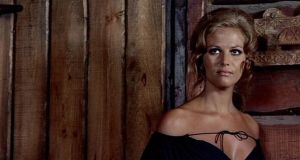 Claudia Cardinale in Once Upon a Time in the West 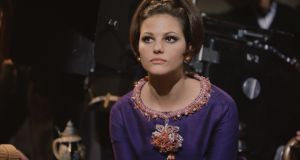 Claudia Cardinale on the set of The Pink Panther. Photograph: Popperfoto/Getty Images 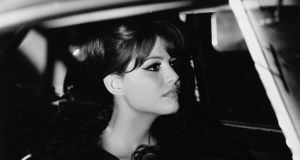 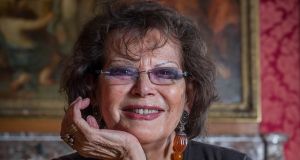 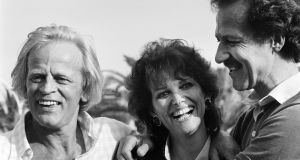 In the history of cinema, only a handful of stars – Sophia Loren, Gina Lollobrigida, Monica Bellucci – have seriously competed with Claudia Cardinale in the va-va-voom stakes. But even these close rivals can’t match Cardinale’s mind-blowing work ethic. At 78, the star of The Pink Panther and Once Upon a Time in the West has just completed Ultima Fermata, her 154th feature.

“I love to work,” says the prolific star. “Usually you live only one life. But I’ve lived 154 lives. In a movie, it’s not you, it’s someone else, it’s something else.”

Ultima Fermata is an epic multigenerational drama from first-time director, Giambattista Assanti that plays out against a southern Italian railway line .

“In the last years I’ve been working with more and more young directors to help them and their careers,” Cardinale says. “But I also said yes to this one because my father was a train engineer when I was growing up in Tunisia. So it was a way to remember my father.”

She laughs, as she does often, with that Cardinale rasp. “I have a fantastic life in film. I want the same for others.”

Is there a more distinctive sound in cinema than the voice of Cardinale? And yet, surprisingly, she had made more than a dozen features – including the much- admired Rocco and his Brothers (1960) and Girl with a Suitcase (1961) – before audiences would get the chance to hear her Mediterranean gravel.

“When I arrived in Italy – because I’m born in Tunisia – I didn’t speak a word of Italian. But when I made 8½, Federico Fellini said, ‘I want your own voice.’ Do you know why I have this voice? When I was young I didn’t speak very much. But when I did speak I was always fighting with men. I wanted to prove that women were as good as they were.” She laughs again. “My voice is like the voice of a man.”

Not everyone agrees. Cardinale recorded Prairie Woman for the soundtrack of Les Pétroleuses, an eccentric spaghetti western costarring Brigitte Bardot, and the song went on to become hugely successful.

“That was funny. It was a hit in Japan. It was a lucky film for me. When I was growing up in Tunisia the first two movies I saw starred Marlon Brando and Brigitte Bardot. So when they asked me to do the film with Brigitte, it was incredible. Lots of photographers came to see us. They expected us to fight: BB against CC, blonde against brunette. But in fact we became very, very close friends.”

She would meet Brando when he asked her out: one of a long line of would-be gentlemen callers.

“For me, my work is my work and my life is something else,” she says. “I had lots of friends. Of course I did: Rock Hudson, Alain Delon. All very good friends. Like this.”

Cardinale was still a schoolgirl when she was crowned most beautiful Italian girl in Tunisia, where her family had lived for generations. The prize was a trip to the Venice film festival, where producers were quick to pay attention, and she was even quicker to say no.

“I started very, very young. I shot my first film when I was 16 years old. A big director [the French film-maker René Vautier] arrived just in front of my school. And within a year I was making Goha with Omar Sharif. ”

The youngster was invited to study in Rome under Tina Lattanzi, the artist who voiced Greta Garbo, Marlene Dietrich and Rita Hayworth in Italian. Returning to Tunisia in 1965, Cardinale discovered she was pregnant, having been raped by a French airman. The powerful Italian producer Franco Cristaldi made arrangements to pass the child, Patrick, off as Cardinale’s brother. These arrangements included an 18-year contract and marriage to Cristaldi, who would dictate everything from his wife’s weight to her hairstyle.

“I had a contract with him,” says Cardinale. “I was naive. I didn’t know anything. I was making four movies a year and I was paid by the month. And I was paid very, very, very little.”

She would eventually find domestic bliss with Savage Breed director Pasquale Squitieri (“the only man of my life”, she says): the couple have lived together since 1975, but her career during the 1960s was, at least, a good deal happier than her first marriage.

“I arrived at a magic moment in Italy. I got to work with fantastic directors.”

These included Federico Fellini and Luchino Visconti. In 1963 she would work with both film-makers, as she shot two career-defining roles, in 8½ and The Leopard, simultaneously.

“It was incredible,” says Cardinale. “Working with Visconti was like doing theatre. It was very still. But with Fellini there was no script. It was all improvised. Everyone was shouting. I had my own long, dark hair for The Leopard. But Federico wanted me blonde. So I had to keep changing my hair. Federico would say something and Marcello [Mastroianni, lead actor] would repeat it; I would answer, then Federico would repeat that. He would say, ‘If I say 1,2,3, smile’, and everybody would smile.”

Fellini’s circus proved a slanted training ground for Cardinale’s first Hollywood role. In 1964 she starred in director Henry Hathaway’s Circus World, as the daughter of John Wayne and Rita Hayworth. “It was a great film for me, because it was fantastic to meet those actors. And because I am a little bit crazy. I don’t want special effects. So I walk up to lions. And everybody is shouting that I am crazy.”

Hollywood would not hold the passionate globetrotter’s interest for too long. “I lived there a long time. Paul Newman gave me a house. I did lots of fantastic movies. They asked me to stay there. They offered me a contract. But I said no. I am a European. I must come back to Europe. When I started, this was my dream, to go all around the world.”

Brazil was just one of the locations used in Fitzcarraldo (1982), Werner Herzog’s remarkable biopic of the failed Irish rubber baron Brian Sweeney Fitzgerald (played by Klaus Kinski). Kinski and Herzog’s bust-ups make for epic movie lore, although, according to Herzog, the maniacal German actor minded his Ps and Qs whenever co

star Cardinale was around.

“It was my best adventure,” she says. “I was the only woman who would go to Amazonia. They asked me to dance for two hours with only naked people around me.”

Cardinale, conversely, has never done a nude scene. Between movies she channels her energies into women’s causes. And she has little time for cosmetic surgery.

“I’ve never done – what you say? – lifting in the face. Things like this. My mother used to say, ‘Wait until you are older, you will always be smiling.’ It’s true. So why would you hide it?”

The three funerals of Terence MacSwiney
9