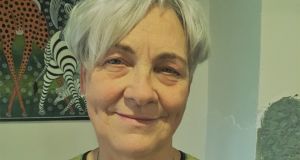 Between the Pages of the Limerick Leader

Sometimes, when she didn’t have the time
to write long letters, my mother would roll up
a copy of the Limerick Leader, wrap a brown
envelope around the middle and address it:
PO Box 10, Mapoteng, Kingdom of Lesotho.

Printed material was cheaper than letter post, much
cheaper than parcel post and my mother loved a bargain.
Afternoons after school I walked
to the tin-roofed post office, its sky-blue walls dulled
with red dust from gravel roads, and in the lazy sunshine

‘Me Vero passed my mail to me. Recognising
my mother’s hand on a newspaper, I’d be full
of excitement for what I’d find between the pages:
a white cotton shirt, mauve and pink sweet peas
from her garden, pressed between photos

of a supper social and the Ballylanders notes,
and once, a matching set of soft, silk underwear.
She told me afterwards she got the nice lady in Todds
to help her choose, but insisted on no underwire.
She didn’t want to give away our little secret.

My father gave his nod to the morning: he’d shaved,
wore the trousers of his second-best suit,
(was it already flapping a little loose?)
his braces over a portly shape,
a deep wine of summer shirt.

He wasn’t travelling to the airport, said he’d let
my mother go with me. Before we left I went
out to him. He was fixing netting over fruit bushes
to stop jackdaws from taking his harvest. It wasn’t
his way to say much but he offered me a fistful

of freshly picked juicy goose gobs. Our mouths
full of their redolent taste, we walked together
to the front steps to take photos. Later,
much later, I went over and over what
I could/should have said. Instead I reached up

and flicked a piece of newspaper from his face,
must have nicked himself while shaving.
We posed on the top step, his hands
casually nesting my shoulders, there where
we recorded all our comings and goings.

He came as far as the gate, said he knew
I was well able to look after myself but still . . .
I turned to wave from the car. That was the last time
I saw him, standing under the bough of roses
wiping his face with the back of his hand.

Bernie Crawford lives in Co Galway and in 2019 was awarded a bursary by Galway County Council to work on her first collection. Her poetry has been published widely in journals including Poetry Ireland Review, the North magazine, and Mslexia. A selection of her poetry is featured in The Blue Nib Chapbook 3. She is on the editorial board of the poetry magazine Skylight 47.