‘The Radio’ was one of five books shortlisted by the judges 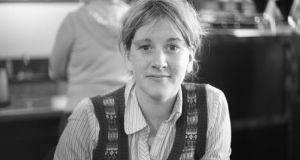 The winner of this year’s Irish Times Poetry Now award is Leontia Flynn for her collection The Radio.

The €2,000 award will be presented on Saturday as part of the Mountains-to-Sea dlr Book festival in Dún Laoghaire, Co Dublin.

The Radio, published by Cape Poetry, was one of five books shortlisted by the judges.

The other contenders were The Tragic Death of Eleanor Marx by Tara Bergin (Carcanet); Live Streaming by Conor O’Callaghan (Gallery Press); Mark Roper’s Bindweed (Dedalus Press) and The President by David Wheatley (Carcanet).

This year’s judges were Prof Fran Brearton of Queen’s University Belfast and author of The Great War in Irish Poetry; John McAuliffe who teaches at Manchester University and is this newspaper’s regular poetry reviewer, and Gerard Smyth, Irish Times poetry editor and a former managing editor of the newspaper.

In making their choice, the judges noted “the variance and voracious excellence of new Irish poetry, in books which experimented with long poems, prose poems, biography and translation. Leontia Flynn’s The Radio stood out for its bracing clarity, and its commitment to testing every syllable and line for its truth. Flynn’s poems are dramatic, seemingly off-the-cuff, full of brilliant exclamations and asides: conflicted and seriously funny, her poems surge into life as they register the impossibility of everything from parenthood to marriage to friendship and professional life.

“As they mine these tricky subjects, they often find, almost in spite of themselves, ways of phrasing or putting things together which offer relief or clarity. In doing so, The Radio is also a vindication of her own art: yes, as she puts it in The Glitch: Poem for 2016, ‘the world threw up its hands and wobble-tipped into dysfunction’, but to get things right on the page becomes in such a world, a necessary, delicate consolation, ‘the spectre of our fragile human flesh / trembling on the tensed web of our minds’.”

Flynn’s previous collections include These Days, a winner of the Forward Prize for Best First Collection and Drives which won the Rooney Prize for Irish Literature.

The Co Down-born poet was awarded the Lawrence O’Shaughnessy Prize in 2013. She will be presented with her award at the dlr Lexicon in Dún Laoghaire at 12.30pm . The event is free to the public.