Javier Cercas on having a fascist in the family 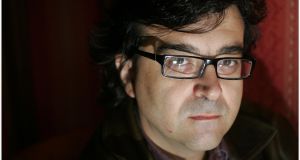 Lord of All the Dead

Javier Cercas, the author of a previous, critically acclaimed novel on the Spanish Civil War, Soldiers of Salamis, has returned to that topic in what could be loosely called a sequel. Here he writes about an idealistic young fascist, more or less based on his mother’s uncle, who enthusiastically joins up with General Franco’s forces at 17 and dies two years later at the battle of the Ebro river. The author, who comprehends the undemocratic nature of Franco’s forces and has always felt somewhat embarrassed at having a fascist as a family hero, excavates, extrapolates and interpolates to try to understand why the hero of his family made such a choice. Cercas, a public intellectual who believed that it was undemocratic for the Catalans to vote in the 2017 referendum on their future, has penned a fine and thought-provoking biographical, and to a certain extent, autobiographical, novel which delves into family secrets and the wider unfulfilled resolution of the legacy of that horrific civil war. Frank MacGabhann

You Are What You Read

This book is for anyone who feels anxious, helpless or fed-up with the news and the image of the world that it paints. Jodie Jackson argues that just as unhealthy eating has an array of negative effects on the body, an unhealthy consumption of fast, “problem-focused news” has a negative effect on the mind. Therefore, our hope, optimism and self-efficacy are shaped by our media sources, each of which have a direct impact on how we can succeed or fail in our daily lives. Jackson advocates for more “solution-focused news” and outlines the positive effects this method of reporting has both on the individual and on society’s ability to innovate and better itself.

Written in a clear, well-researched and insightful tone, the book is succinct and accessible, both to journalists and fledgling news consumers alike. Jackson employs interesting anecdotes and analogies and offers quite a convincing and persuasive argument for a total media diet evaluation. Outlining the various factors which incite readers and reports alike, she investigates the relationship between “good” and “bad” news and our aversion to the former. An eye-opening read. Mia Colleran

Thirty years after the publication of John Healy’s award-winning autobiography The Grass Arena, his second novel, The Metal Mountain, attempts to stand as its spiritual sequel. Reminiscent of the intimate, emotional narratives of DH Lawrence, Healy’s new work offers the reader an immersive and intense account of a complex immigrant experience. In a London still struggling to build a post-war identity, Healy’s central protagonist, 17-year-old Bridget Kelly dreams of more than her immigrant life will ever offer her. In a novel replete with symbols, the city’s thriving black market becomes a metaphor for inequality and injustice as Bridget strives to prove that even one person can make a difference, no matter the cost. Looming over everything is the eponymous metal mountain of the book’s title, another symbol of the harsh and unforgiving reality of city existence. Healy’s prose is heavy and dramatic, laden with interiority, and is at times overwhelming to the point of being challenging. A demanding novel from an always interesting and engaging author. Rebecca Long

Of these 21 stories, some are fictional, some autobiographical and some a mixture of fact and fiction. JE Wideman is the foremost recorder of the urban African-American experience and tackler of the unsolved problems of slavery and racism. Two stories relating to slavery are JB & FD, a re-imagined conversation between abolitionists John Brown and Frederick Douglass; and Nat Turner Confesses, a monologue by the 1830s anti-slavery leader. In both, Wideman wonders if perhaps the advocates and practitioners of violent means, Brown and Turner, might not have been right after all. In Maps and Ledgers, the narrator tells us that his youngest brother and son both committed murder (which happened in Wideman’s own family), and he ponders how growing up as black Americans contributed to this happening. Another standout story, Williamsburg Bridge, features the thoughts of a man contemplating suicide. The story refers to a real case where a white man photographed a young black man about to jump from the bridge. The fact-fiction mix makes the book difficult but there’s no denying the harsh reality it tackles. Brian Maye