Women accounted for 60% Iseq board recruits in 2019 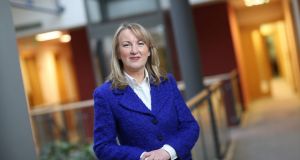 Glanbia CEO Siobhan Talbot: in the narrow pool of women CEOs in Iseq companies which have been a recruiting ground for non-executive positions elsewhere. Photograph: Jason Clarke Photography

Women were appointed to six of every 10 seats filled on the boards of Irish public limited companies in 2019, marking a dramatic swing for Ireland from the bottom to the top of a list of European countries in the space of a year, according to a new report.

It represented the highest proportion of female recruits to boardrooms among eight countries monitored – the others being Britain, France, Germany, the Netherlands, Portugal, Belgium and Spain.

Woman made up 49 per cent of seats filled across the wider group of countries last year.

In 2018, women were recruited for only 29 per cent of 34 Irish boardroom seats filled, the lowest among the countries surveyed.

“Boards have seen the light and sat up and taken diversity seriously,” said Stafford Bagot, the head of Heidrick & Struggles’ Dublin office. “It’s a change that needed to happen. I think the result for last year will be sustained.”

The Irish figures suggest that headway is being made after a government-commissioned review last year recommended that the boards of the top 20 Dublin-listed companies should be at least one-third female by the end of 2023, while women should account for at least a quarter of directors of smaller quoted companies.

Woman held 26 per cent of directorships across Iseq 20 companies at the start of 2020, up from 18 per cent two years’ earlier, helped by sustained pressure from corporate governance experts, regulators and lobby groups such as Women on Boards and The 30% Club, according to the Balance for Better Business group, which was launched by the government in 2018. But the rate at which women are being appointed to top executive positions of Irish plcs trails developments across the broader boardroom environment.

“Modern boards are expected to possess significant expertise in areas as specialised and diverse as digital transformation, cybersecurity, corporate reputation management, sustainability and social media, to name just a few, as well as to include significant diversity in terms of gender, racial and ethnic background, and national origin, among other characteristics,” the Heidrick & Struggles report said. “Beyond adding specific expertise, it’s widely accepted that more diverse teams make better decisions.”

Some 54 per cent of new Irish boardroom recruits last year had financial risk expertise, with a fifth having previously served as chief financial officers elsewhere, it said. Forty per cent of seats went to non-nationals.

Less than a quarter of new directors had a digital background, 17 per cent had sustainability experience, and 3 per cent had knowledge of cybersecurity.

“As boards align their succession planning with strategic priorities, they’ll need to be mindful of the need for digital and sustainability experts, as these areas become more critical for future growth,” the report said.