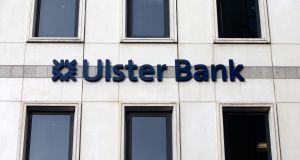 Daragh Cassidy, head of communications with switching site Bonkers.ie, described the bank’s decision as a ‘body blow’ for consumers. 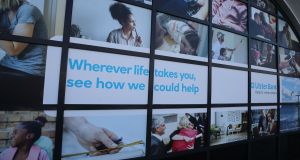 Daragh Cassidy, head of communications with switching site Bonkers.ie, described the bank’s decision as a “body blow” for consumers.

The departure of Ulster Bank from the Irish market, a process that will take some years, is likely to lead to higher lending and banking costs, and may precipitate a broader move to negative rates on deposits, consumer representatives have warned, as unions fear for the future of jobs at the bank.

Daragh Cassidy, head of communications with switching site Bonkers.ie, described the bank’s decision as a “body blow” for consumers and competition in the sector, and now expects huge upward pressure on interest rates and banking fees in the short to medium term. It may also widen the application of charges on savings.

“Unfortunately, another consequence of Ulster Bank’s exit is that it is likely to herald the arrival of more widespread negative interest rates,” he said.

Tánaiste Leo Varadkar has described the withdrawal of Ulster Bank from the Republic as “very unwelcome news”, but said it was a commercial decision.

When asked if the necessity for banks to have large capital reserves was a deterrent for new entrants into the Irish market, he said: “New banks don’t particularly want to set up in Ireland at the moment because they have to hold a lot of capital if they do so.”

Irish MEP Frances Fitzgerald said the departure of the bank was a “serious blow” to banking in Ireland, pointing to the “major structural problems and ongoing legacy issues in the Irish banking market”.

Ms Fitzgerald said Irish consumers should be able to “avail of the EU’s single market in order to purchase banking products from banks in other euro-zone countries”.

John O’Connell, general secretary of the Financial Services Union, accused Ulster Bank of treating its staff “very shabbily” in terms of how it handled the announcement.

He described as “constructive”, a meeting with Minister for Finance Paschal Donohoe about Ulster Bank’s exit. “The meeting was constructive, with issues of job certainty for staff; the option for staff to transfer with their work; the terms and conditions of staff; and the retention of the branch structure among matters discussed,” he said.

Trevor Grant, chairman of the Association of Irish Mortgage Advisors, described the news as “disappointing” for consumers, removing one lender from their choice of providers.

With about 10,000 farmers understood to have borrowings from Ulster Bank, and a similar number with current account facilities, and a 16 per cent share of the agri-lending market, the Irish Farmers’ Association (IFA) said the lack of choice for borrowers would “further drive up the cost of borrowing in Ireland”.

The IFA also said the bank had a “moral responsibility” not to sell any of its loan book to so-called vulture funds.

“This withdrawal has significant consequences for competition in the sector, but the first priority must be to ensure that the loan book ends up with a bank that provides a full banking service and not a faceless fund,” said IFA president Tim Cullinan.

It’s a sentiment echoed by unions. The Irish Congress of Trade Unions said any potential sale of Ulster Bank’s loan and mortgage books to vulture funds must be impeded.

It also said measures must be taken to safeguard jobs at the bank and to ensure protections for staff terms and conditions under transfer of undertaking (TUPE) rules are guaranteed.

“It is now crucially important that the Government and the Central Bank as regulator take all the necessary steps to ensure that workers’ jobs are protected. It is vital that discussions are initiated immediately to ensure that TUPE regulations are applied in all circumstances,” the union said.

Siptu said its members at Ulster Bank were seeking assurances on any transfer of business. Siptu organiser Peadar Nolan said: “We will be seeking to meet with the bank management immediately to discuss the implications for members of Siptu, who are mainly based in the branch network. Our objective is to ensure as many jobs as possible are protected in the process of transition and transfer of the business to other entities.”