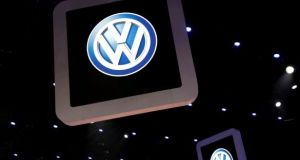 Volkswagen is setting up its own charging and electricity unit, the latest measure to make the German manufacturer’s upcoming battery-car range more attractive to buyers.

Elli’s portfolio will take shape over the course of this year, with the launch timed to the roll-out of VW’s I.D. electric-car line in 2020.

European carmakers are seen as needing to step up their game to boost tepid uptake of electric cars to comply with tightening carbon-dioxide regulations. The European Union agreed on yet tighter caps from 2030 in December, leading Volkswagen to say it would have to rejig its electric-car spending plan.

Patchy charging infrastructure remains one of the key obstacles to selling more electric vehicles that can take hours to charge. Even among the new crop of battery cars set to be unveiled this year and next, most can’t drive much more than 300 miles on a full battery.

German carmakers in particular are increasingly changing their stance on building more of the infrastructure. Ionity, a joint venture between Volkswagen, Daimler, Ford and BMW, promises to have 400 stations across Europe by 2020, but has only about 37 stations operable currently.