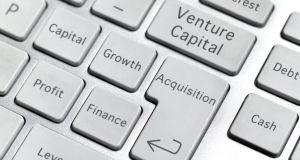 Support for start-ups will allow those that thrive to make a huge contribution to Ireland’s recovery. Photograph: iStock

We’ve all heard the old saying “Lies, damn lies and statistics”. It’s certainly true that statistics sometimes conceal as much as they reveal. A case in point is the recent figures on investment in Irish companies, which obscure the fact that many early-stage start-ups are struggling and possibly facing extinction due to a funding crisis.

However, you would not necessarily see that if you read only the headline figures from TechIreland’s extensive research, which showed that a record €545 million was invested in Irish start-up and scale-up companies in the first six months this year. That’s a dramatic increase of 25 per cent on the same period last year.

There was a similar trend in the latest report from the Irish Venture Capital Association (IVCA), which received lots of positive coverage. Its figures showed that venture-capital funding to Irish companies increased by 40 per cent to €193 million in the third quarter of this year, compared with the same period last year. Clearly there is plenty of capital available – historically low interest rates have ensured that there’s lots of money trying to find better returns.

But there’s another trend highlighted in both reports – early-stage companies are struggling more than ever to raise capital.

There are widespread reports of private investors withdrawing from deals that were under negotiation. In the past week I have heard of several founders making the difficult and heartbreaking decision to shut their companies down. They simply can’t access funding. We are quietly losing many indigenous, innovative companies, some of which have the potential to play a pivotal role in our economic recovery.

After almost 30 years starting, funding and mentoring these companies, I know only too well how this funding can be the difference between life and death. In the funding “nuclear winter” that followed the dotcom crash, a company of which I was a co-founder, Precision Dynamics, closed in 2004 when it couldn’t raise the necessary investment. It was an early machine-learning company with possibly the best technology I have ever been involved with.

Who knows what that company might have achieved if it had survived that winter? Sadly, I’ve seen that story repeated many times since.

So what’s going on now?

In a nutshell, more money is going into far fewer companies. The funds that are being invested are being funnelled into larger, later-stage companies. This trend is also backed up by research from TechIreland which pointed to a 60 per cent drop in first-time investments, while the number of companies raising funds dropped by more than a fifth.

The IVCA report again paints a similar picture. Investment deals ranging from €1 million to €5 million are down by 20 per cent and deals of less than €1 million are also in decline.

There are a number of factors contributing to all of this. Firstly, institutional investors are looking to protect their existing portfolios. In many cases, they are investing significant amounts to plug gaps left by reduced revenue caused by Covid-19. They are less likely to do new deals.

Investors are also focusing their attention on companies who have experienced a greater demand for their services during Covid-19. For instance, home-testing company LetsGetChecked raised $71 million in the first half of the year. While delivery-optimisation company Scurri raised additional funding to accelerate growth and grocery-delivery business Buymie raised €5.8 million.

Perhaps most importantly, given the level of uncertainty, investors have become more cautious. They need to deploy capital but prefer companies with well-established business models. Appetite for high-risk, high-reward early-stage deals is greatly reduced.

The Government has recognised this issue and, in Budget 2021, announced a new €30 million fund to support these early-stage businesses and a review of the employment investment incentive scheme is under way.

Action cannot come soon enough. Investment capital is the lifeblood for these companies as typically they cannot borrow and need to raise private funding to survive.

You might ask why any of this matters. Ireland’s economy has proved more resilient than many expected during Covid-19. Latest European Commission estimates suggest that Irish GDP will shrink by only 2.3 per cent this year. That’s less than a third of the average contraction across the European Union at 7.4 per cent. Tax revenues have also been remarkably resilient. Government revenue was down only 6 per cent in the second quarter this year when compared with the previous 12 months.

This relative outperformance has been driven by the huge contribution of foreign direct investment (FDI) to our economy. Large tech and pharma businesses, in particular, have just kept going. Their products still sell and their staff still get paid.

IDA Ireland has continued to do a superb job of attracting new investments, as seen with the announcement of a significant expansion by Microsoft last week. Who cares if a generation of small companies die?

Covid-19 has led to a dramatic reduction in global FDI flows. It’s not clear that they will recover. Even if IDA Ireland is successful in maintaining our disproportionate market share of FDI, it may still not be enough.

In this context, these home-grown, high-growth technology businesses are strategically vital. They are our insurance policy against dwindling FDI. Research suggests that these companies contribute 40 per cent of what small and medium-sized enterprises spend on research and development. In terms of employment, they grow 14 times more quickly than the economy as a whole. Each job created in a high-growth tech start-up and scale-up company supports two more in the wider economy.

Increasingly, this sector is creating jobs nationwide. Galway has developed a strong cluster of home-grown medical-device businesses. Cork has multiple scaling software companies such as Teamwork and smaller regional towns such as Tramore, Killorglin and Letterkenny are also benefiting from high-quality jobs in home-grown success stories.

Today’s five-person company working from a small co-working space could be the next Irish tech giant. But first, we need to make sure that the seeds are planted rather than eaten in lean times. Not all will germinate or thrive but those that do can make a huge contribution to Ireland’s recovery.

We recently read that Stripe, a company founded by two young brothers from the Tipperary-Limerick border area, may become the most valuable private company in Silicon Valley, being valued at up to $100 billion in a new funding round. We have an opportunity to create an environment where, perhaps, the next multibillion company founded by two young Irish people is started here in Ireland rather than in California.