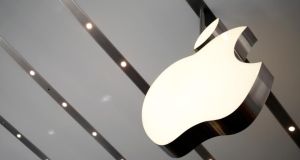 The announcement last month that Apple is to planning a giant €850 million data centre in Athenry, Co Galway, alongside a twin development in Denmark, highlighted the growing importance of these vast structures as the era of cloud computing begins in earnest.

As increasing numbers of consumers and businesses demand instant access to their data across a range of devices, and with exponentially increasing amounts of data being generated, these structures become the whirring engine rooms of the internet. Cisco has calculated that mobile data flow will increase 11-fold between 2013 and 2018, and that vast growth will lead to a doubling of cloud-computing spending to nearly $300 billion by 2018. And it appears Ireland is ideally poised to take advantage of that growth.

In recent years, there has been an explosion in data centre development around Dublin. Leading the way was Microsoft, which developed a vast data centre at Grange Castle near Clondalkin in 2009, with further recent expansion resulting in a colossal 500,000sq ft facility. In 2011, Amazon purchased a former Tesco warehouse in Walkinstown to repurpose into a 240,000sq ft data centre. A year later, Google redeveloped a warehouse in west Dublin into their third energy-efficient data centre in Europe, and last year announced a second, €150 million data centre, also in Dublin.

The big technology companies, then, have a data centre footprint here, and they are joined by data centre operators such as London-based TeleCityGroup, US company Digital Realty and Irish group DataPlex, which all have major facilities around Dublin.

“The track record is there with a history of data centres in Ireland since the late 1990s,” says Maurice Mortell, TeleCityGroup’s vice president of emerging markets and the country manager for Ireland. “There is a well-worn road for infrastructure here, with a combination of factors that tick all the boxes.”

Mortell says Ireland ranks about the fourth-largest in TeleCityGroup’s European operations – in the sector generally, London, Paris, Amsterdam and Frankfurt are all far ahead of Ireland.

The same day as the Apple announcement, TeleCityGroup confirmed it is to build a fourth Dublin data centre in Blanchardstown, to open this summer. And, in a sign of the rapid growth of the data centre sector, TeleCityGroup is in the midst of merger talks with Dutch rival Interxion, which would lead to a data centre giant with a combined value of about $4.5 billion.

In the wake of the Apple news, there was much discussion about the benefits of the famously gloomy Irish weather, a talking point that has been bandied about for many years. Stacked with row after row and shelf after shelf of server equipment, data centres generate a lot of heat, and thus require expensive cooling systems to safely store all that data.

“To be honest, the line on the weather is a bit of spin,” says Jason O’Conaill, international partner with Infinity Data Centres in London and formerly data centre lead with Eircom. “The weather here is the same as most of northern Europe when it comes to computer cooling, and from an engineering point of view, well Norway, Denmark or Amsterdam would be the same really, so it’s not really a strategic advantage.”

However, some companies have pointed to the weather as a factor in developing a centre here. The Microsoft centre at Grange Castle was one of the first in the world to rely entirely on “free-cooling”, with units on the facility’s roof directing cool wind air through the centre, leading to significantly greater energy efficiency.

In any case, cool climates are hardly a prerequisite for data centres, as Apple has made clear. At the beginning of February, it revealed it was turning a failed sapphire factory into a vast $2billion solar-powered data centre outside the not remotely chilly city of Phoenix, Arizona.

The use of solar power for such a plant highlights Apple’s promise to exclusively rely on renewable energy for the Athenry data centre. Eirgrid is committed to ensuring 40 per cent of the State’s electricity will be renewable by 2020, and at the moment it’s not clear how Apple will make up the difference before the Athenry site’s launch in 2017. As the transition to renewables gathers pace over the next few years, the onus on data centres to become more and more efficient will increase dramatically.

Another oft-cited attraction of Ireland for data centres is our internet connectivity, with transatlantic fibre-optic cables connecting us to both Europe and the US.

“The questions about latency that were raised in the late 1990s are pretty much a dead conversation now,” says Mortell.

“It’s remarkable that Ireland has done so well, considering the extra hops required,” he says. “Distance is the enemy of data, in that you can’t get around the speed of light with the signal in a fibre-optic cable, but it doesn’t seem to affect things too much.”

The market is instead developing a “hub and spoke” model, says O’Conaill. “You have a mega data centre, like Microsoft or Apple have here now or in northern Holland or Belgium, and then you feed smaller ones dotted around Europe in the various cities, so there’s local distribution closer to the markets.”

An obvious advantage Ireland boasts is the number of large technology companies with their European headquarters here. The role of the IDA in overseeing so much of this investment cannot be overstated, and the familiarity these companies have with our regulatory and tax environments is an appealing bonus. (If any company can claim it has mastered the intricacies of the Irish tax code, for instance, it is Apple.)

As such, the development of these expensive, large-scale facilities entrenches the presence of the leading technology companies here

“It’s long-haul stuff,” says Mortell. “Any site that we build, we’re looking at a 15- to 20-year lifespan, so it’s not a short term investment. And also, once you have a critical mass like that, it starts to feed itself.”

That familiarity with the Irish context extends to the legal and regulatory framework here, a delicate area for technology companies in a post-Snowden world. There is a perception among international privacy advocates that Ireland’s regulation in matters of data privacy follows the notoriously light-touch spirit of our financial regulation, but the State’s involvement in Microsoft’s legal battle with the US over a warrant issued for an email stored on one of its Irish servers suggests that perception is increasingly unfair.

In the longer term, however, the Snowden revelations have seen a surge in demand for European data centres, with business customers increasingly stipulating their data can’t be stored on US servers.

Overall, however, like so many elements of our success in attracting FDI, Ireland’s data centre boom is the result of a confluence of factors that look likely to continue for the foreseeable future.

“It is a rising tide that brings everyone up with it,” says Mortell, and it is a tide that looks to be rising high. The growth of cloud services will only gather pace, so establishing Ireland as a leader at this early stage will likely prove very fruitful indeed.