Ruling raises questions about how platform manages freedom of speech 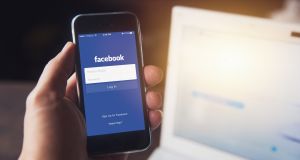 A German court barred Facebook from deleting a post written by one of its users, throwing into question how the social media platform manages freedom of speech in the country.

Facebook blocked the user, identified only as Gabor B, and deleted his post - a comment under a newspaper article that questioned Germany’s practice of aiding the influx of refugees in Europe.

“Germans are getting increasingly stupid,” the user wrote in January. “No wonder, since the left-wing system media litters them every day with fake news about ‘skilled workers,’ declining unemployment figures or Trump.”

Germany has been especially difficult terrain for social networks after Chancellor Angela Merkel’s government this year started enforcing Europe’s toughest law aimed at reining in hate speech and fake news on social media - threatening to fine the likes of Facebook, Twitter, and Alphabet’s YouTube up to €50 million if they refuse to delete illegal posts.

The Berlin district court hasn’t disclosed why it issued a preliminary injunction prohibiting the network from blocking Gabor B’s account and deleting the comment in the future. Gabor B’s lawyer argued that Facebook has breached the contract with its user that obliges the social network to publish comments that are legal.

“The decision is an important interim victory for free speech,” Joachim Nikolaus Steinhoefel, the Hamburg-based lawyer who represents the user, said Thursday in a statement. “Finally users have the means to challenge the untransparent actions of a company that handles its responsibility as if it were trading used bicycles.”

Facebook has about 30 million users in Germany and has hired more than 1,000 people in the country to screen the site for hate speech and fake news. Chief executive Mark Zuckerberg has just emerged from two days of congressional hearings regarding failures to protect user privacy. – Bloomberg