Brexit: Panasonic to move European head office out of UK 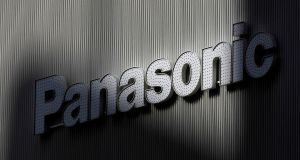 Panasonic is the latest multinational firm to pull jobs and operations out of the UK. Photograph: Kim Kyung-Hoon/Reuters

Japanese electronics giant Panasonic has become the latest firm to announce plans to shift its European headquarters out of the UK ahead of Brexit.

The group is moving its European head office to Amsterdam in October to avoid potential tax issues related to the UK’s withdrawal from the EU next March, according to the Nikkei Asian Review newspaper.

It is the latest multinational firm to pull jobs and operations out of the UK, amid growing concern over the Government’s protracted negotiations and possible no-deal scenario.

Planemaker Airbus warned in June it could quit the UK if Britain leaves without a trade deal, while Unilever announced in March it was moving its corporate HQ to Rotterdam, although it has claimed the decision is not Brexit-related.

It is understood that Panasonic’s decision is linked to concerns that Japan could see the UK as a tax haven if it cuts corporation tax to attract businesses post-Brexit.

If it that was the case, Panasonic could face higher taxes back in Japan.

A number of other Japanese firms have revealed plans to move their European bases out of the UK, including banking giants Nomura Holdings, Daiwa Securities, MUFG and Sumitomo Mitsui Financial Group.

Carmakers Honda and Nissan are also among a raft of Japanese firms that employ large workforces in the UK.

It is thought there are 879 Japanese companies employing 142,000 staff in Britain, including Honda and Nissan.

Panasonic would reportedly move staff dealing with auditing and financial operations out of the UK following the switch to Amsterdam, but keep those dealing with investor relations in Britain.

It is believed that up to 20 out of 30 employees could be affected.

Other major firms that have announced plans to pull staff out of the UK due to Brexit include banking group HSBC, which plans to move up to 1,000 jobs to France, while JP Morgan has said around 1,000 front and back-office roles are likely to be relocated from London. - Reuters