Bike fitter off to a flyer after hitting the ground running 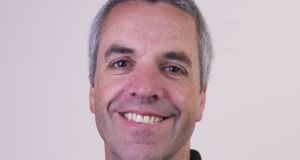 “You look a little cramped on the bike, saddle a little too low and reach a little short.”

When Aidan Hammond gives you feedback on your cycle technique, it’s best to listen, especially when it makes you sound like a T-Rex riding a bike. With his knowledge as a physiotherapist, cyclist and cycle coach, Hammond sorts out these issues for a living. His business Bikefitting Ireland is based in Kilmacanogue, Co Wicklow where he’s in high demand from countrywide.

I think a lot of it, particularly with the likes of the bike fitting, is reputation. I would have built up a good reputation over the years through my coaching and the riders I would have fitted at a high performance level for a number of years.

My physical therapy background is very important for bike fitting. Some guys are doing bike fitting but I don’t know do they know the consequences of some of the things you might do on the bike to a person’s body over the long-term or how to treat any problems.

What has been the biggest challenge you’ve had to face?

I’m a one-man business and, because of reputation, people are coming to see me – it’s fitting everybody in. It’s trying to work your time. People say why don’t I employ somebody else but people don’t want to see that somebody else, they want to see me, so that’s probably the biggest challenge.

On the coaching end of things, it’s not such a big challenge because I work with a number of other coaches. So if I’m away working with another club, like with Wicklow Tri Club, I’ll bring in other coaches to help me or do things for me but, from the bike fitting end of things, people want to come and see myself.

What’s your major success to date?

I think just being successful in getting the business going as quickly as I did. What I was expecting to be doing in five years’ time actually happened straight away. I hit the ground running very quickly.

What more could the Government do to help SMEs?

From a self-employed point of view, it’s certainly looking at the USC charges and taxes. Sometimes you do feel that they’ve forgotten about us. Hopefully they will start looking at us with regards to the social welfare system in particular. God forbid if I ever got sick or took a turn for the worst, [it would be good if there was]  some help for the self-employed.

Do you think that the banks are open for business?

Who do you admire in business and why?

I suppose if you are looking at the grand scale of things, the Michael O’Learys and obviously the Richard Bransons of this world, but I do admire the small business man. I think it’s just as hard running a small business as it is a large business. You have to have your marketing hat on, you have to have your sales hat on, you’re juggling so many things at the same time.

What’s the best piece of business advice you’ve ever received?

I always say little doors always open – I met a Spanish company at the weekend and they want me to do some work with them on their clothing range so there are always little doors opening.

From the bike fitting end of things, technology changes a lot but, at the end of the day, it’s still the person who has to do the bike fit, so it’s still down to me to decide what changes need to be made with a rider on a bike.

Every six months there’s some new piece of kit or technology coming out and that’s something I always need to keep up-to-date with to decide if it’s going to add anything to the business and maybe if I should invest in it.

No I wouldn’t sell it. I know how much it’s worth but I’m not willing to tell you. I’d have fitted over 7,000 cyclists in the last number of years so that will give you some idea.