Will giving cash to family for Christmas leave them with a tax bill? 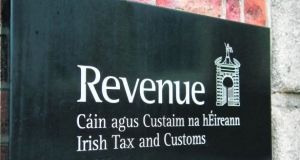 As I understand it, under the small gift exemption rule, my father could gift €3,000 each to his two children and also €3,000 each to our respective husbands and children, yearly, without us incurring any tax liabilities.

Could you let us know if this is the case as it stands and can he also backdate and make another gift this year for the previous year?

This is obviously an issue that comes on the radar for many people around Christmas, judging by my online mailbag. I have had a clatter of queries on the subject in the past couple of weeks and, as a result, will merge your query with one other. Between you, the two queries cover most of the issues raised by readers.

Outside of pension tax relief, for most ordinary people the small gift exemption is one of the more valuable tax breaks still allowed by Government. It is especially useful for those whose estate is of a value that means the beneficiaries will face a tax bill.

But, even for those with fewer assets who can afford it, it is also a time when parents can give a financial helping hand to children and their families just when that younger generation can be facing a financial squeeze with mortgage and childcare or education costs.

The exemption allows a person to give up to €3,000 to any other person in a tax year without the recipient facing any tax liability. The people don’t need to be related though, as a rule, they tend to be. But there is nothing to stop it being used to help out a friend, or even a stranger.

And there is no limit in the amount of times that a person can hand out up to €3,000 in a tax year as long as it is all to different people and that no one person gets more than €3,000.

The one caveat here is if your father was to go into a nursing home and avail of the Fair Deal scheme. It would not, of itself, bar them from making such payments but any of the money paid would still be considered part of your father’s assets in term of calculating his financial contribution to the cost of his care. In fact, any payments made in the five years before he goes into care would also be taken into account in assessing his financial assets.

Of course, it doesn’t have to be €3,000. It can be any sum up to that, and you can easily imagine stressed families for whom a few hundred euro around the time of, say, a First Communion, would be very welcome.

And, just because you choose to make such a payment to someone one year, it does not impose any obligation to continue such payments for subsequent years. You can make the payments every year, or just once, or in random years as financial resources and needs dictate.

What happens if you gift a person more than €3,000 in a year – perhaps paying the money forgetting that you previously covered some other expense for them?

For most people, there should be no immediate tax bill. Anything over the €3,000 will essentially count against a separate lifetime capital acquisitions tax (gift/inheritance tax) allowed. This allowance varies depending on the relationship between the recipient and the donor.

If the recipient is child of the donor, they can receive up to €335,000 (over and above the small gift exemption) from parents before tax becomes an issue. If you are getting the money from a brother or sister, aunt or uncle or grandparent, the lifetime limit is €32,500 – again over the small gift limit. Money from anyone else above the €3,000 limit will be taxed once you cumulatively have received more than €16,250.

So, getting back to the heart of your question, which is on a theme common across several recent letters from readers, your father could gift €3,000 to each of his children and, separately, to their respective partners/spouse and also to each grandchild without anyone having a tax bill.

Of course, this could quickly mount up. If you’re talking about two children, their spouses and, say three children between the two families, that’s up to €21,000 year from after-tax income. And when we are talking about older people making these payments, they have limited financial resources and less prospect of being able to earn more to replenish them if necessary.

The important thing about the exemption is that it must be for the recipient, not for onward transfer. So, for instance, it certainly makes sense that a couple might share their financial assets in family budgets, but it would not be okay for the children in this case to consider the money paid to grandchildren as part of a common pot for family use.

Turning to the second part of your question, the answer is no. This is very straightforward. A person cannot avail of the small gift exemption to give financial gifts – or assets up to that sum – in respect of a previous year. If the exemption is not used in a given tax year, it lapses.

But what about your mother? That may not apply in your case, but it is the situation for Mr N.R., who asks whether he and his wife would need separate accounts if each of them wanted to avail of the exemption to give money to, say, one of their children.

In their case, this couple only has a joint bank account.

First, it highlights the important point that the exemption is individualised. So there is nothing wrong in a husband and wife, or an unmarried couple, both giving up to €3,000 to the same person.

And, for their peace of mind, there is no requirement that they do so from individual bank accounts.

The issue is making sure that the Revenue Commissioners don’t think people are gaming the system. And that is certainly something they take a dim view of.

Clearly, if you have separate accounts, it is cleaner and easier for the purposes of later tracing, if required, to pay the money from the different accounts. But if, like Mr N.R. and his wife, you only have a joint account, that does not disbar you from using the one account for both parties to make the payments.

Equally, it would be advisable to have any funds paid to minors under the exemption paid into an account in their own name. This is probably more important than whether the money comes from a joint account. Having it pooled in a parent’s account could arouse suspicions at Revenue, should they check.

The one thing I would stress is that this needs, very much, to be the decision of the person making the payment. The fact that there is provision for this exemption does not mean anyone should be forced to use it.

I’m certainly not suggesting anything of the sort here, but in this era when we, as a society, are having to run advertising campaigns about elder abuse, it is worth mentioning for, especially, older people who may feel themselves being put under pressure.