Family at odds over money left by dad 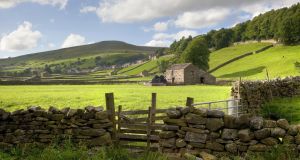 When it comes to money, to inheritance and to family assets, informal is a recipe for disaster and has the potential to prove very expensive if matters end up in court as such things are wont to do. Photograph: iStock

My father transferred his land to my brother. Within the transfer was €9,000 left to me for my education.

I was not made aware of this money until years later when my brother was applying for a mortgage. He sent me legal documents to sign, that stated I did not want this money.

I am wondering would there still be evidence of my father’s intention to leave this money to me? Would I see this evidence in his will when he dies?

What makes me really nervous about certain situations is their lack of clarity. And that is a particular problem when it comes to family “arrangements”.

I don’t know if it is the position here but it has all the hallmarks of it.

Legal agreements are anathema to Irish families: it is almost as though they feel that going down the route of written contracts or agreements are an admission of a lack of trust. And no family wants to admit publicly that they don’t trust each other – especially that they don’t trust each other to be fair to other family members.

But unfortunately it happens. And when it comes to finances and assets, especially land, it happens a lot more than any of us would feel comfortable about.

The alternative scenario is that families fear written agreements could leave them exposed to official “interference” – ie tax and regulation. They believe keeping things informal is the simplest and most elegant solution when the reality is that it can lead to long-term discord.

Most families also don’t like having rows with each other. You can’t easily walk away from family as you can from most other relationships and that means people often bite their lip rather than speak out to defend their interests or to address something that is manifestly unfair.

It is also the case that some people use this lack of appetite for family dispute to exert subtle pressure on family members to get their way, secure in the knowledge that, generally, those family members will concede rather than trigger disputes that could create huge stress and recrimination within families.

In this case, it is unclear if your father is even dead. Even if he is, there is no certainty that this €9,000 would even be mentioned in any will.

However, a big point in your favour is the legal documents your brother has sent you. It is an admission that, at least as far as your brother is concerned, there was a condition set by your father and agreement by your brother that this sum would be available to you.

Otherwise why would he want you to sign away any right to it?

Assuming you feel the money should be yours, don’t sign the documents. But hold on to them. They are the strongest leverage available to you and the fact that they are legal documents rather than just an informal letter helps, should you have to escalate matters.

Another thing in your favour is that your brother is now looking for a mortgage. On the assumption he doesn’t have €9,000 lying around in ready cash, this is the ideal opportunity for him to make arrangements to borrow the money to meet the commitment agreed with your father.

If there is any further equivocation, you might well need to consult a solicitor yourself on the issue.

Of course, if this question refers to documents sent some time back, and if you signed them, then you have signed away your rights to this money and it doesn’t matter what other documents are, or are not, available.

As we approach Christmas, can I urge people once again to disabuse themselves of the notion that keeping things simple (and informal) is best. When it comes to money, to inheritance and to family assets, informal is a recipe for disaster and has the potential to prove very expensive if matters end up in court as such things are wont to do.

Write it down and make sure everyone concerned has a copy. It keeps everyone in the loop and avoids messy misunderstandings. If some of those affected are too young to understand such issues at the time, lodge the documents with your lawyer to pass on to them when they turn 18.