Capital losses and transfer of shares to spouse 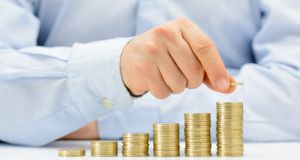 The situation is even more cut and dried on transfers of assets between partners. Photograph: iStock

Recently, in an answer to a question, you gave the view that by donating AIB shares, on which one had incurred a loss, to charity it would not create a loss for capital gains tax purposes.

What is the position when one transfers shares to ones wife at current values, which is much lower than the original cost price of the shares. Could this loss be set against capital gains on other shares which are sold?

If anything, the situation is even more cut and dried on transfers of assets between partners.

In the case of spouses, Revenue notes that there is express provision that the transfer of any asset between spouses (or civil partners) is not subject to capital gains tax – regardless of the scale of any potential gain.

And if you can’t be taxed on the gain, you can’t benefit from a loss on the similar transfer.

From a tax planning standpoint, therefore, there is little point in making such a transfer. As it stands, any paper loss you have sustained on a transaction in shares has the potential to reduce your tax bill. Assuming you sell the shares at a loss, you can offset that loss against capital gains elsewhere in that same year or later until it is fully offset.

However, if you transfer these shares to your wife, you lose the capacity to crystallise the loss and so possibly face a higher tax bill down the line.

And, as a family you could be creating another tax issue. If the shares rise in value after you transfer them to your wife, she could be facing a capital gains tax bill whereas if you held on to them yourself, you would simply be reducing your loss on the shares – at least until they return to your original purchase price.

Essentially, the transfer is seen as a gift. And, of course, there is no limit on gifts and/or inheritance between spouses so your spouse does not even have to worry about capital acquisitions tax on the face value of the transfer.