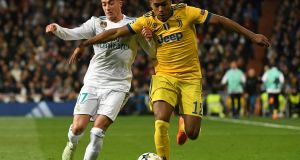 Japan’s SoftBank is part of an international consortium behind a radical $25 billion (€20 billion) plan to create global football tournaments for Fifa, the international governing body of the sport.

The group includes investors from China, Saudi Arabia, the US and the United Arab Emirates, according to people with knowledge of the offer, which is designed to reshape the world’s most popular sport. The identity of those investors could not be learned.

The move comes as Fifa seeks to secure its financial future in the wake of corruption and bribery scandal that has plunged it into crisis in recent years.

SoftBank, led by its chairman, Masayoshi Son, has been rapidly pushing into investments in varied industries from technology to renewable energy and financial services.

Some of the people said the consortium was being assembled by Centricus, a UK-based group whose founders helped SoftBank raise funds to create its $100bn Vision Fund.

The consortium’s proposal, which remains under discussion, envisages the expansion of the “Club World Cup”, a tournament currently played with seven top teams from across the globe. Also proposed is a new international league competition for national teams, said people with knowledge of the plans.

Those people said the Club World Cup played every four years by the top 24 club level teams, starting in 2021. A new national team competition would take place every two years. Fifa will have a 51 per cent stake in a joint venture with the consortium, with the investors guaranteeing revenues of at least $25bn.

“This whole idea is that world football is not just about Europe,” said a person with knowledge of the offer. “Football is the biggest social event in the world with 3bn followers, but it doesn’t have a global community besides the World Cup.”

Gianni Infantino, Fifa’s president, told the governing body’s ruling council in Bogotá, Colombia, last month that a group of investors was willing to spend billions of dollars to acquire an expanded version of the Club World Cup but did not reveal the identity of the consortium.

Uefa, European football’s governing body, said: “We can confirm that the Fifa president mentioned an alleged offer to buy some rights at the Fifa council meeting in Bogotá. As Gianni Infantino did not provide any concrete details on what such an offer would entail and which entity would have been behind it, we have no comment to make on the topic.”

Mr Infantino was elected in 2016 and has promised governance reform designed to clean up the organisation, following the arrest and prosecution of former Fifa executives related to bribery.

But he has also been under pressure to restore profits at the organisation and was elected on the back of a promise to increase significantly the so-called development funds for more than 200 member nations.

Under his tenure, Fifa has approved an expansion of the World Cup from 32 teams to 48, which is expected to generate more in broadcasting, ticketing and sponsorship revenues. He faces re-election next year.

The new tournament concepts are set to meet stiff opposition in some parts of the world game. Reports suggest Uefa is wary of any attempt to rival the Champions League, the continent’s premier club competition, which makes billions in revenues through broadcasting and marketing rights.