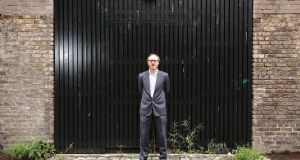 Dave Kearney: “Champion’s Mind opens up mental skills training to everyone. It’s free to download and, for individuals looking for more functionality, the cost is just $10 a month.” Photograph: Shane O’Neill, Coalesce

Champion’s Mind is a mental skills training app and coaching system developed by businessman Dave Kearney and sports psychologist Dr Jim Afremow. The company was established in early 2019 and its app for individual athletes was launched last August with a version for coaches released in May.

“Our platform is aimed at coaches and competitive amateur athletes aged 16-24 as well as older athletes who have an interest in sports like golf, triathlons and tennis,” Kearney says.

“Most coaches currently resort to quite basic and ad hoc methods, such as reading from books, to get their teams into the right mental space. They often have a huge passion for their sport, but not necessarily the knowledge required to help their teams build mental strength.”

Champion’s Mind provides users with a 12-week training course supplemented with a five-minute daily training booster to help maintain their performance. The app is suitable for teams as well as individuals and is already being used by US college and high school teams, Olympic medallists and other competitive and amateur athletes.

Kearney has a background in technology and product design and already has one successful start-up, software company Fluid UI, under his belt. He believes the right mindset is the dominant factor in any team’s success and, curious to see what he could learn from how top sports teams got into the right mental groove, he went looking on the web for insights.

“Not having found any great sources of information, I reached out to Jim who was working as peak performance co-ordinator with the San Franci Giants at the time,” Kearney says. “Jim has acted as the mental skills coach to no less than 17 Olympic gold medallists, so he knows a thing or two about what’s needed to reach and sustain peak performance.

“We built up a relationship and decided to develop Champion’s Mind together to fill a clear gap in the market. Ours is the only digitally distributed mental skills training platform for athletes and coaches in the world.”

With help from the app, Kearney says, athletes can “gain in confidence, improve their focus and motivation, strengthen their commitment and determination and develop the grit needed to get through tough times”. He points out that professional athletes would normally have a sports psychologist helping them develop these qualities but they are an expensive resource few can afford.

“Champion’s Mind opens up mental skills training to everyone,” Kearney says. “It’s free to download and, for individuals looking for more functionality, the cost is just $10 a month.”

The company’s main focus is the potentially huge US market and Kearney is targeting in particular team coaches who can license the app for group use and avail of additional features such as performance monitoring.

Kearney tapped into the skills of his Fluid UI team to help build Champion’s Mind. The design was done in Ireland while the software development was outsourced to Poland. The marketing function is based in the US and the company now employs four people.

In addition to Fluid UI’s input and Kearney’s sweat equity, start-up costs have been to the order of €110,000 with support coming from the NDRC where Kearney recently took part in its new business accelerator programme.

Covid-19 has thrown a spanner in the works for the company’s sales plans in the US to some extent but Kearney remains upbeat.

“We’ve had over 15,000 sign-ups and seven paid licences so far and the way we’re looking at it is, if we can survive this crisis, then we’ll survive anything,” he says. “The pandemic has certainly worked against us, but in another way, it’s worked for us. Coaches are not as busy, they’ve been easier to get hold of and they’ve had time to listen.”